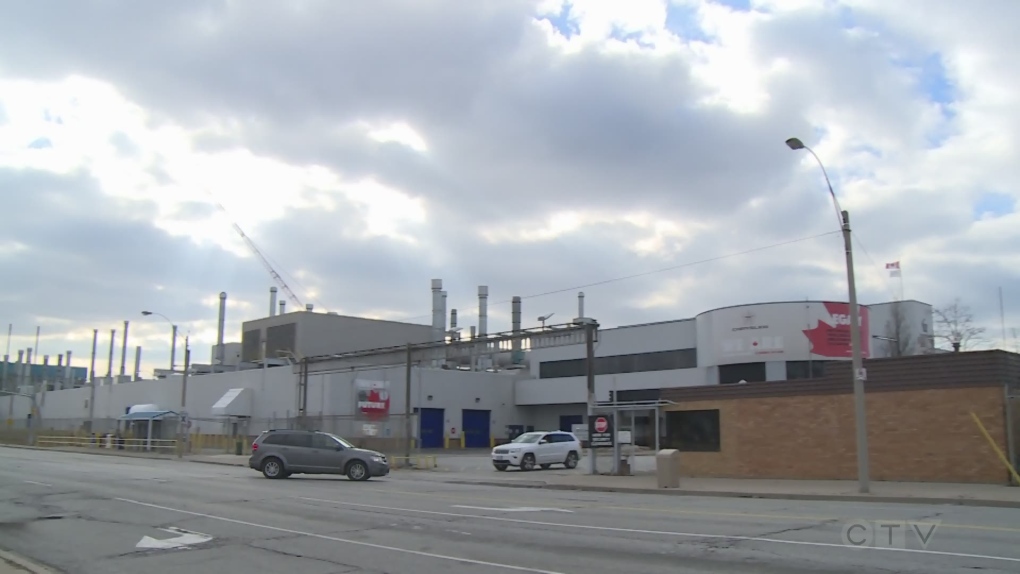 Stellantis says it is cutting its Windsor Assembly Plant down to one shift next spring in a move that will mean about 1,800 lost jobs.

The company, formerly known as Fiat Chrysler Automobiles, says the move comes as the automotive industry faces significant headwinds including the semiconductor shortage and the effects of COVID-19.

The cut from two shifts comes after Stellantis cut the third shift at the minivan plant in 2020 at a loss of about 1,500 jobs.

Stellantis says it will cut the second shift beginning in the spring, but reaffirmed it's commitment in the 2020 collective agreement with the local Unifor union to spend upwards of $1.5 billion at the plant.

The auto industry has been grappling with a significant shortage of computer chips, pushing auto companies to prioritize high-margin vehicles like pickup trucks and SUVs and cutting back production of sedans and minivans.

"The company served the union official notice late this afternoon that they we will be moving to a one-shift operation at the Windsor assembly plant on April 17, 2022. We will be meeting with the company in the coming days to explore ALL other options, however official notice has been given. The company reiterated its commitment to the bargained investment and the three-shift operation in the future. We will be getting more specifics over the course of the weekend and the upcoming days."

"The global automotive industry continues to face significant headwinds such as the persisting semiconductor shortage and the extended effects of the COVID-19 pandemic. In response to these factors, Stellantis will adjust production operations at its Windsor Assembly Plant (WAP) in Canada. Beginning in the spring of 2022, WAP will transition to a one-shift operation. The company reaffirms its WAP investment commitment outlined in the 2020 Collective Agreement of up to $1.5B CAD."

“The decision by Stellantis to move to a single shift next spring is a reminder that the economic recovery from this global pandemic remains a work-in-progress. Just days ago, I was meeting with federal government officials about the need to invest in the future of the automotive sector in our region, including supporting the transition to electric vehicle manufacturing. I was pleased with the level of engagement and involvement from federal officials in Ottawa and their understanding of the importance of our Windsor Works economic diversification strategy. In the weeks ahead, I will be ramping up my fight for the automotive sector in our region to ensure that when business attraction decisions are being made, senior leaders in Ottawa and Queen’s Park recognize the vital importance of the automotive sector to the economic health of Windsor-Essex and all of Southwestern Ontario.”