St. Martin sentenced for trying to run down common-law wife 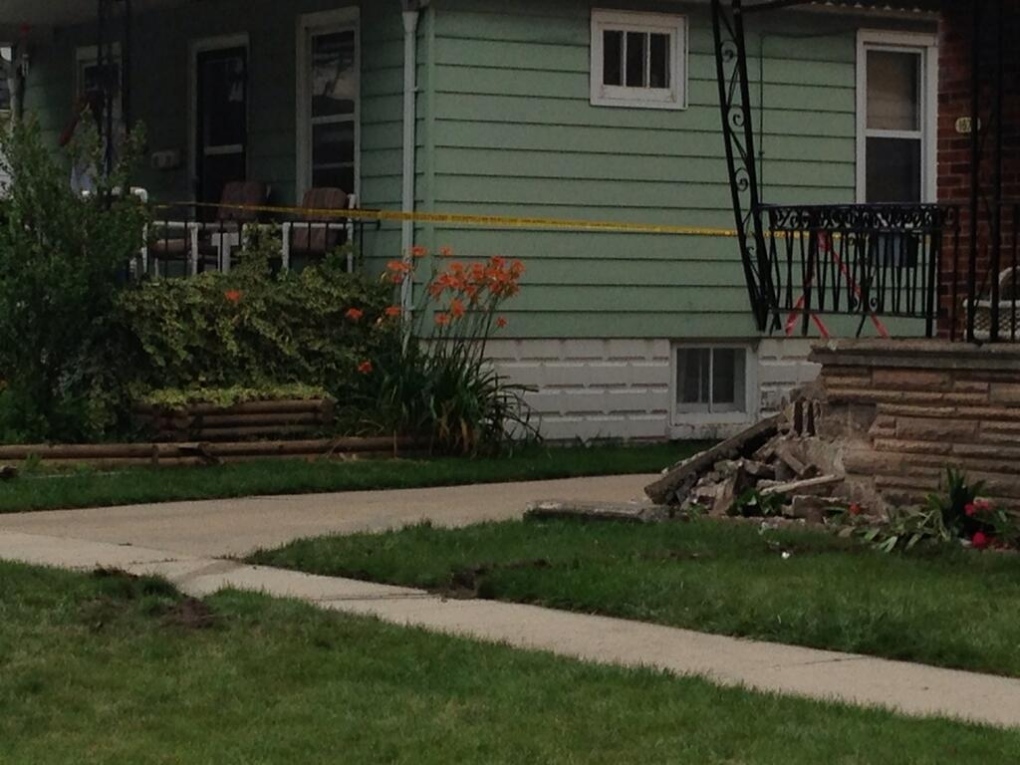 Windsor police are investigating an attempted murder charge at a home on Hickory Avenue in Windsor, Ont. (Stefanie Masotti/CTV Windsor)

A Windsor man will not be getting out of jail just yet after trying to run down his girlfriend with a pickup truck two years ago.

Sonny St. Martin was sentenced Thursday for assault with a weapon.

Last week, St Martin plead guilty to assault with a weapon in connection to the July 7th 2013 incident.

That's when St Martin chased his girlfriend, Jessica Rushlow, down Hickory Avenue in his pickup truck.

She was hiding behind a tree when he crashed the truck into a home.

St Martin was sentenced to one year in jail.

But because of time already served, he will only be behind bars for 11.5 months.

St Martin cannot communicate in any way with Rushlow or their child, despite Rushlow's desire to keep their romantic relationship going.

In addition, he will not be able to drive during the three year probation.

He must also seek counselling for substance abuse and anger management.

It's a sentence that Crown Attorney Elizabeth Brown finds reasonable.

"It was a well thought-out sentence. It speaks to the core issue of domestic violence and the balance between public safety and autonomy. It identified the need to protect vulnerable victims of domestic violence, even when they don't want it," said Brown in a statement.

"It's hard to imagine people with histories that long ever changing but the fact of the matter is most of them do. And hopefully this is the time this is going to happen for Mr. St. Martin," says Marley.