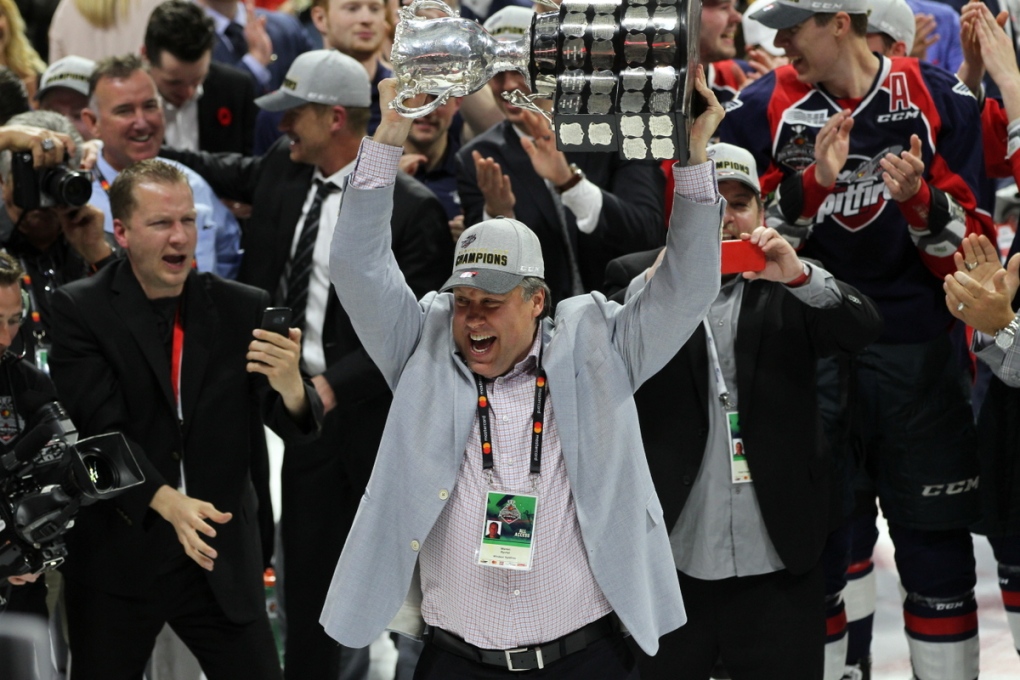 The owners of the Windsor Spitfires are still staying quiet about a rumoured sale of the Ontario Hockey League team.

Current owners Warren Rychel, Bob Boughner and members of the Cypher Systems Group are not commenting on a report that the Spitfires have been sold.

The rumoured buyer is a dentist, Dr. Azim Parekh, the Founder and CEO of the Smiles First Corporation in Markham.

He has not returned phone calls made by CTV Windsor.

To add fuel to the fire, the Spitfires drafted the businessman's son , Isa Parekh, in the fifth round of Saturday’s OHL draft.

Parekh is a 5-foot-9, 113 pound defenceman who played with the North York Rangers.

But the 15-year-old has been commented publicly since being selected by Windsor.

On April 6, 2006, the OHL Board of Governors approved the purchase of the Spitfires by Rychel, Boughner and Peter Dobrich. John Savage, Stephen Savage and Brian Schwab, the owners of the Cypher Systems Group, purchased a stake in the Spitfires in May 2013 as Dobrich sold his share of the franchise.