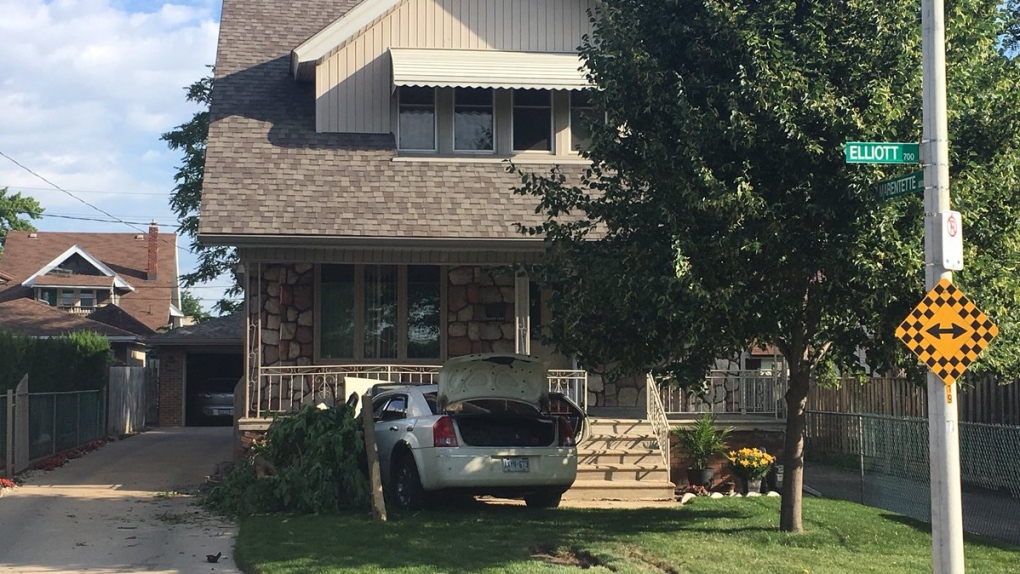 A car has smashed into home at Marentette Avenue and Elliott Street in Windsor, Ont,. on Tuesday July 2, 2019. (Chris Campbell / CTV Windsor)

Major repairs are in order after a car slammed into a house in Windsor.

It happened at the intersection of Elliot Street East and Marentette Avenue around 4 a.m. Monday after the driver apparently failed to stop at the stop sign.

The vehicle jumped the curb and rammed into the front porch.

The homeowner told CTV Windsor 'it sounded like a bomb went off and his whole house shook.'

No one was hurt in the home, but the female driver was taken to the hospital.