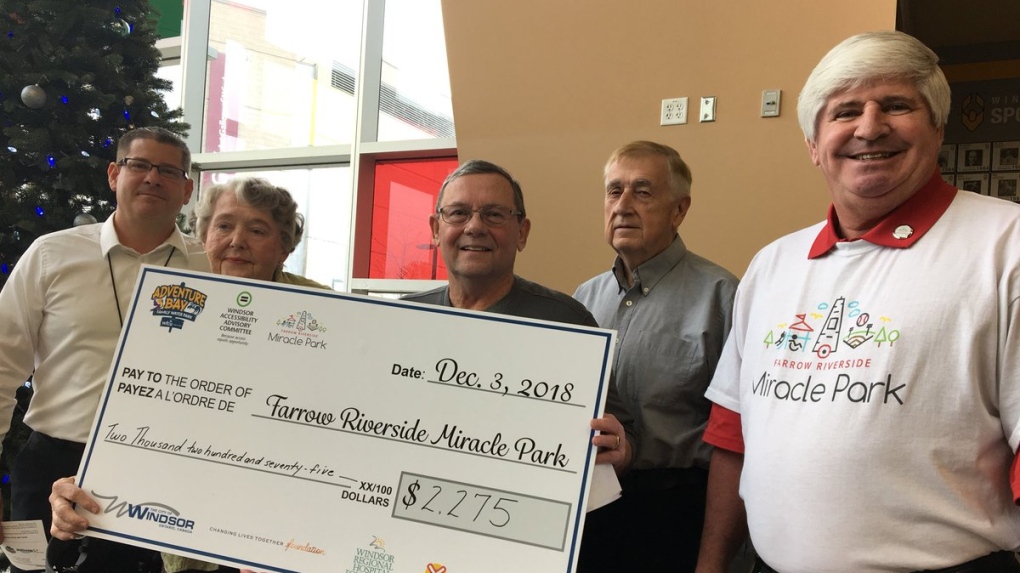 The Farrow Riverside Miracle Park in east Windsor is going to cost more money than expected.

The people behind the project say they have found some issues with the soil during construction.

Kell says their fundraising goal has now climbed from $2.5-million to $3-million.

“If there's anyone out there that would like to come forward and help us, we'd like to talk to them,” says Kell. “Show who it's for and how many people it will help because we believe that every person needs to play."

On Monday, the fundraising group received a cheque for $2275 from the Swim with Santa at Adventure Bay.

Just over $2-million has been raised so far for the project.

The field, next to the existing Riverside baseball diamonds on Wyandotte Street East, will allow children with disabilities to participate in minor baseball programs.

Plans for the site include a fully accessible inclusive playground, a walking path and the relocation of a cenotaph.

The accessible park is now expected to open in August 2019 instead of the spring.