Smiles of delight as Chatham-Kent Public Health reaches another milestone 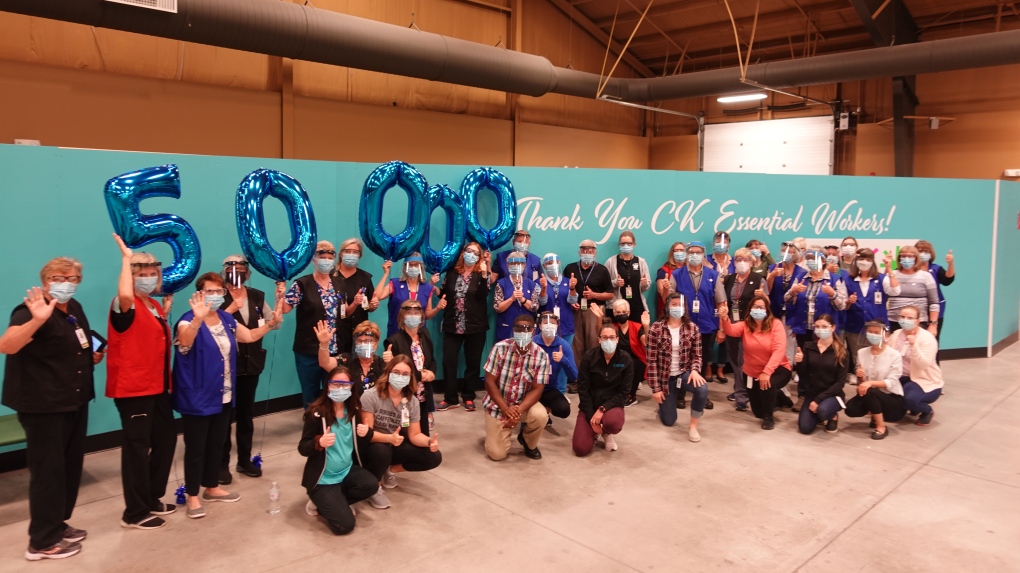 Chatham-Kent reached the milestone of administering the area’s 50,000 COVID-19 vaccine at the end of Wednesday, May 26, 2020. (Courtesy CKPH)

WINDSOR, ONT. -- Chatham Kent Public Health reported the municipality has reached another milestone after administering the area’s 50,000 COVID-19 vaccine at the end of Wednesday.

Medical officer of health Dr. David Colby also reported 54 per cent of Chatham-Kent’s population 12 years and up had been vaccinated crediting all involved with the effort to get doses into arms.

While generally pleased with progress, Colby expressed some concern that so far only 60 per cent of frontline staff in long term care homes had received a dose of vaccine.

“The hesitancy is based on unscientific information,” Colby said.

He believed with restrictions expected to loosen, people would see the benefits of vaccinations, like the ability to eventually travel outside their area.

“I think a lot of people will find out the things they want to do will require vaccination,” said Colby.

Colby is not sure if one of those liberties would include tossing out facial masks in public settings.

“The variants may prove to be the wild cards,” he said.

Colby had not heard of any decisions regarding schools and in person learning, but said it remains part of intense of discussions around the science table, and added a decision is expected soon