Six new confirmed cases of COVID-19 in Windsor-Essex, 2 in CK 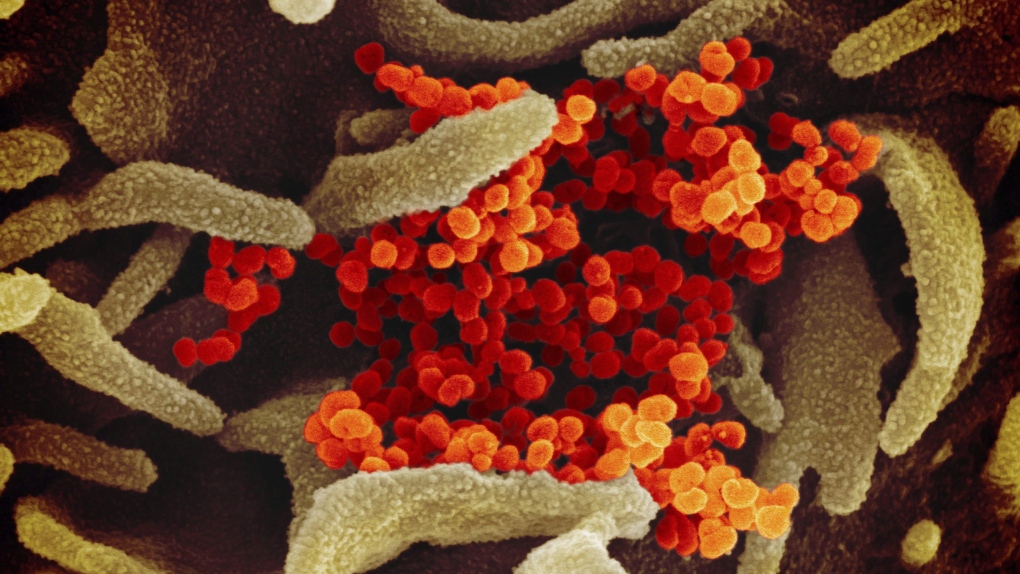 This undated electron microscope image made available by the U.S. National Institutes of Health in February 2020 shows the Novel Coronavirus SARS-CoV-2, orange, emerging from the surface of cells, green, cultured in the lab. The Alberta government says it is now dealing with a second presumptive case of the novel coronavirus and is ramping up testing protocols. THE CANADIAN PRESS/HO - NIAID-RML via AP

LONDON, ONT. -- According to the Windsor-Essex County Health Unit, there are now 15 confirmed cases of COVID-19 in the region.

That is up from nine on Friday.

The Health Unit is reporting 815 local tests for the virus have been administered with 552 tests still pending.

Here's what we know about the new cases:

A 38-year-old man is ini hospital in stable condition after returning from the U.S. on March 15.

A second 66-year-old man is self-isolating at home after coming into close contact with a visitor from Italy on March 14.

CK Public Health officials have spoken to close contacts of these two cases. They are being directed to self-isolate for 14 days.

Here are some tips to help prevent the spread of COVID-19:

With files from AM800's Kristylee Varley

Canadians with COVID-19 symptoms to be denied boarding on domestic flights, trains

'They need to up their game': Scheer on fed response

Trump: No quarantine, but travel advisory for NY, CT and NJ

Fears of domestic violence rise as millions confined over virus