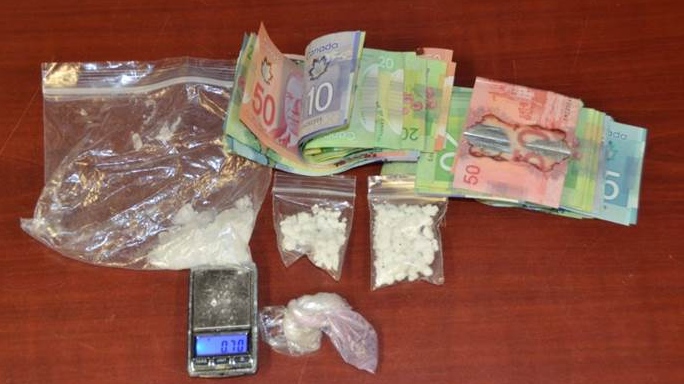 Chatham-Kent police have arrested 11 people and seized drugs and cash after a six-month investigation.

Over the past six months, members of the Intelligence Section have been gathering information regarding criminal activity in Chatham-Kent for Project Fresh.

Over 40 charges have been laid and police seized heroin, methamphetamine, cocaine and fentanyl, and a prohibited weapon.

“Yesterday’s arrests highlight the results of ‘Project Fresh’ that specifically targeted criminal activity in our community,” says Inspector Trevor Crane. “‘Project Fresh’ was a long and tedious undertaking initiated and coordinated by our Intelligence Section over the past several months.”

A search warrant was also executed Tuesday at an apartment building on Thames Street in Chatham resulting in another four people from Chatham and Pain Court being arrested.

Melvin Manley, 46 years, has been remanded into custody, pending a bail hearing.

While the number of arrests and charges are very significant, police say it is a continuing battle to combat the flow of drugs and related property crimes that result from their sales and use.

“We have no illusions that this problem is isolated to our community, and we will continue to employ as many investigative avenues as possible to target illicit drugs and property crimes, and those involved in those activities within our community,” says Crane.

Police say they are very pleased with the arrests, but they remain vigilant in their efforts to combat illicit drugs and property crimes in Chatham-Kent.”