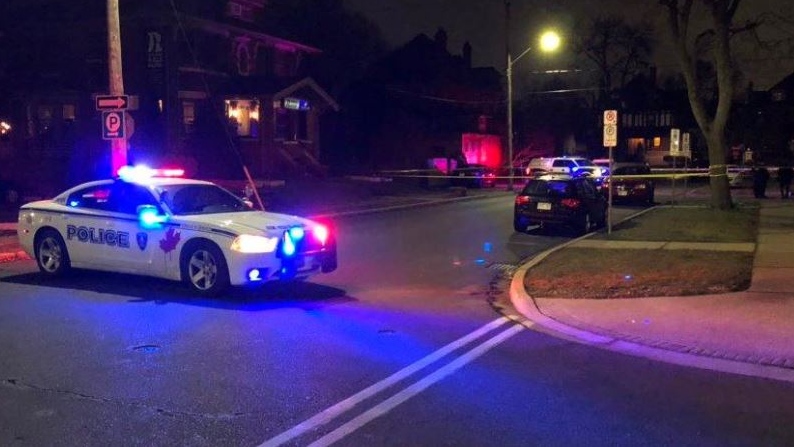 Windsor Police Service holds the scene of a sudden death on Pelissier at Elliott Street on Friday January 3, 2020. (Photo by AM800's Gord Bacon)

LONDON, ONT. -- A death in downtown Windsor is being looked at by the Special Investigations Unit.

According to the SIU, Windsor Police Service responded to a vehicle theft near Ottawa Street and Gladstone Avenue around 8:30 p.m. Friday.

Investigators say a patrol officer located the vehicle a short time later. The officer then followed the vehicle until it struck a parking sign near Wyandotte and Church Street and two men then fled on foot.

Police caught up to the driver and arrested him, but a 51-year-old man evaded police. According to the SIU, the man made his way to a rooming house on Pelissier near Elliott Street where he went into, "medical distress."

Emergency Services were called and the man was pronounced dead at the scene.

The SIU has assigned two investigators and one forensic investigator to the case with a post-mortem scheduled Sunday in London.

Anyone with information or video of the incident is being asked to call the SIU at 1-800-787-8529 or contact Crime Stoppers anonymously. Video can also be uploaded to the SIU's website.

The SIU is an arm's length agency that investigates reports involving police where there has been death, serious injury or allegations of sexual assault.