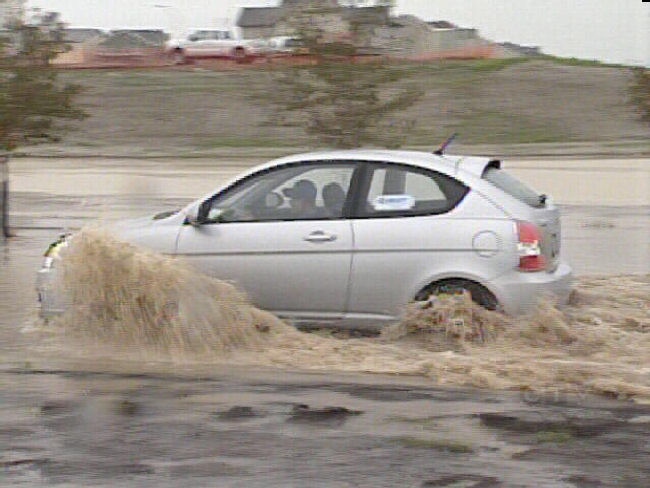 As much as 25 to 50 millimetres of rain could fall in Windsor-Essex and Chatham-Kent this Easter weekend.

Environment Canada has issued a special weather statement for the region due to the significant rainfall.

Rainfall amounts of 25 to 50 millimetres are likely by Saturday as a series of low pressure systems from the Southern Plains states affect Southern Ontario, the agency says.

Although the ground is no longer frozen, it will still have a limited ability to absorb the rainfall, according to Environment Canada which says some ponding of water is possible in low-lying areas.

The Lower Thames Valley Conservation Authority says in areas that received higher rainfall amounts, some watercourses may have already spilled into their floodplains.

People living and working near areas that typically see flooding during heavy rains should pay attention to local conditions, it says.

The LTVCA will be monitoring conditions to determine whether the McGregor Creek Diversion needs to be operated to protect the south end of the city of Chatham. Water levels on these local watercourses should be expected to remain high all weekend due to the continuing rain.

On the Thames River, water levels have also responded quickly. Depending on how much more rain falls, there could be flooding of the low lying river flats from Delaware down to Chatham, LTVCA says.

If the rainfall hits 50 millimetres within 24 hours that would warrant a rainfall warning, but it is not expected to be reached in general.

Rain is expected to ease in time for the Easter Bunny's journey on Easter Sunday morning, the agency says.