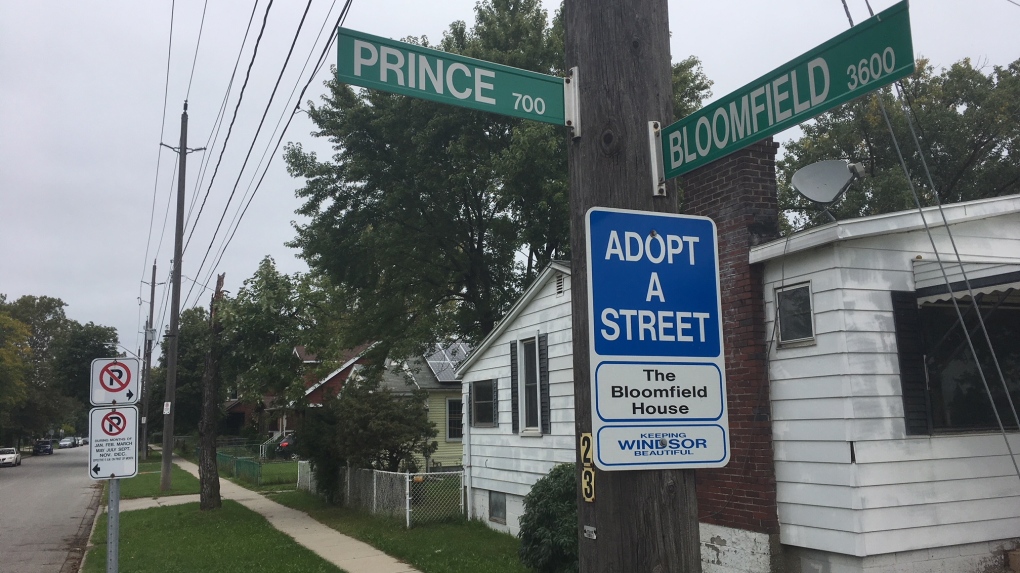 Officers responded to a call of shots being fired in the area of Bloomfield Road at Prince Road on Saturday, Sept. 28, 2019. (Chris Campbell / CTV Windsor)

WINDSOR -- Windsor police say nobody was hurt after a report of gunshots ringing through a west Windsor neighbourhood in broad daylight.

Officers responded to a call of shots being fired in the area of Bloomfield Road at Prince Road on Saturday at about 4:15 p.m.

Upon arrival officers located a spent shell casing in the 3600 block of Bloomfield Road. The scene was contained and an investigation was launched.

Members of the Forensic Identification Unit attended and processed the scene.

Police say there were no injuries reported.

Information received indicates that four to five shots were fired and that two vehicles were seen fleeing the area at a high rate of speed.

The first vehicle is described as a white smaller sedan with tinted windows.

The second vehicle is described as a blue / grey older model Nissan Altima.

Investigators believe there may be damage to one or both of the described vehicles.

The Major Crimes Branch is actively investigating this incident.