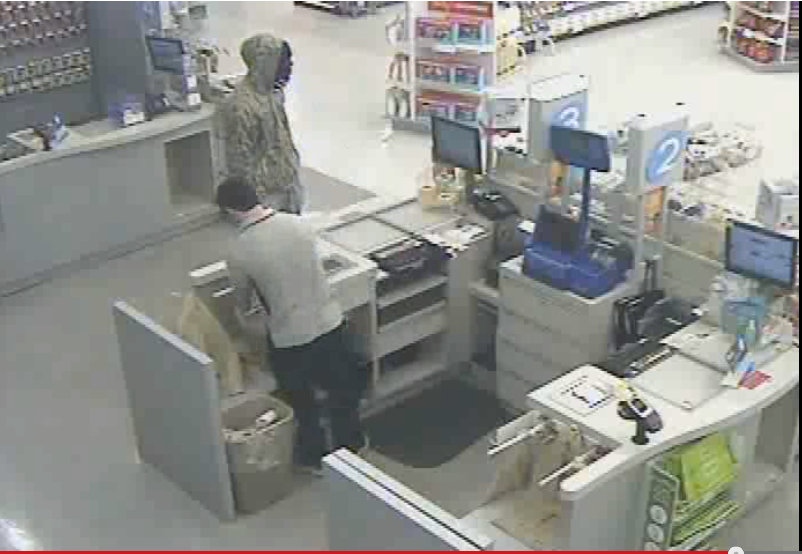 Windsor police have released surveillance video of a knifepoint robbery at Shoppers Drug Mart with hopes of catching the suspect.

Police say the incident happened at the drug store the 3100 block of Howard Avenue on Aug. 10 around 10 p.m.

A store employee went to the front cash to check out the male suspect. While cashing out, the suspect demanded cash from the employee and displayed a knife, according to police.

The suspect fled the scene on foot, walking southbound towards a McDonald's restaurant. Police officers and a canine unit searched the area, but didn’t find the suspect.

He is described as black and about 6'5" to 6'6" tall. He was wearing a brown hooded sweatshirt, grey jogging pants, and a black bandana.