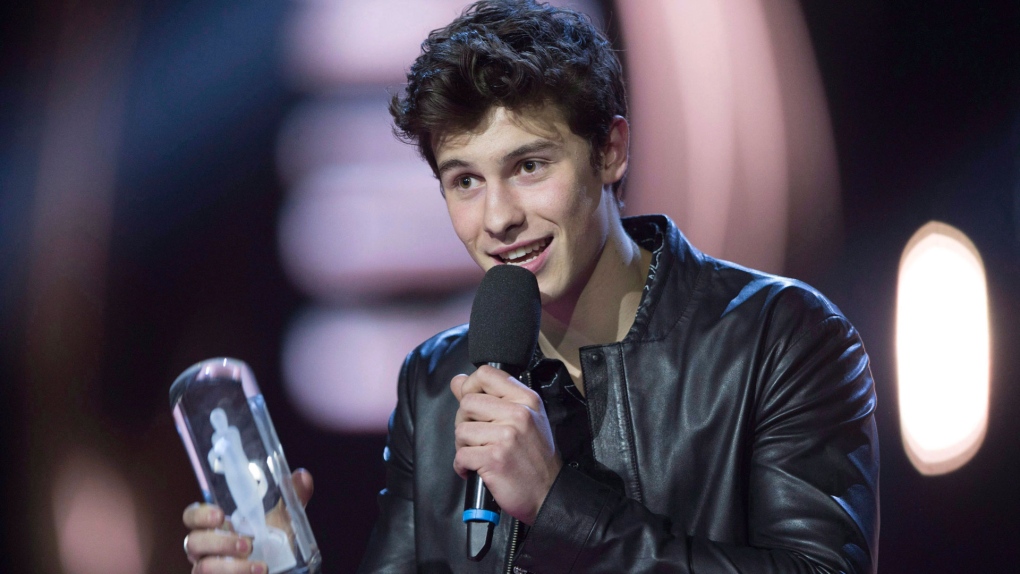 Pop superstar Shawn Mendes is the leading nominee heading into this year's Juno Awards in London.

The Pickering, Ont.-raised singer is also nominated for Juno fan choice, artist of the year, songwriter of the ear, and pop album of the year.

Mendes' third album, which includes the hits "Lost in Japan" and "Youth," has also earned him two Grammy nominations -- the first of his career.

Toronto R&B hitmaker the Weeknd has five nominations, including artist of the year and fan choice.

He's also up for best single, album, and R&B/soul recording of the year -- an award he has won four times.

The Juno Awards air March 17 on CBC-TV, with singer Sarah McLachlan as host.

McLachlan, who rose to fame in the 1990s with international hits including "Angel" and "Building a Mystery," has won 12 Junos, including an international achievement award and a humanitarian award.

Considered one of Canada's biggest nights for music, the show at London's Budweiser Stage will include performances by Toronto DJ duo Loud Luxury, who rose to prominence last year with their international dance hit "Body" and are up for four awards.

German-Canadian pop singer bulow, known for her 2017 hit "Not a Love Song," will also perform and is nominated for breakthrough artist of the year and pop album of the year.

Other nominees announced Tuesday include Calgary-born singer Jann Arden for album of the year with "These Are the Days."

Special honourees include Corey Hart, the 1980s pop heartthrob known for his hits "Sunglasses at Night" and "Never Surrender." He will be inducted into the Canadian Music Hall of Fame.

And music producer David Foster will receive the Allan Waters Humanitarian Award for his philanthropic work at an industry gala dinner.

Here's a look at the nominees in some of the top categories:

SINGLE OF THE YEAR

"In My Blood" - Shawn Mendes

"Pray For Me" - The Weeknd, Kendrick Lamar

ALBUM OF THE YEAR

"These are the Days" - Jann Arden

"My Dear Melancholy" - The Weeknd

ARTIST OF THE YEAR

GROUP OF THE YEAR