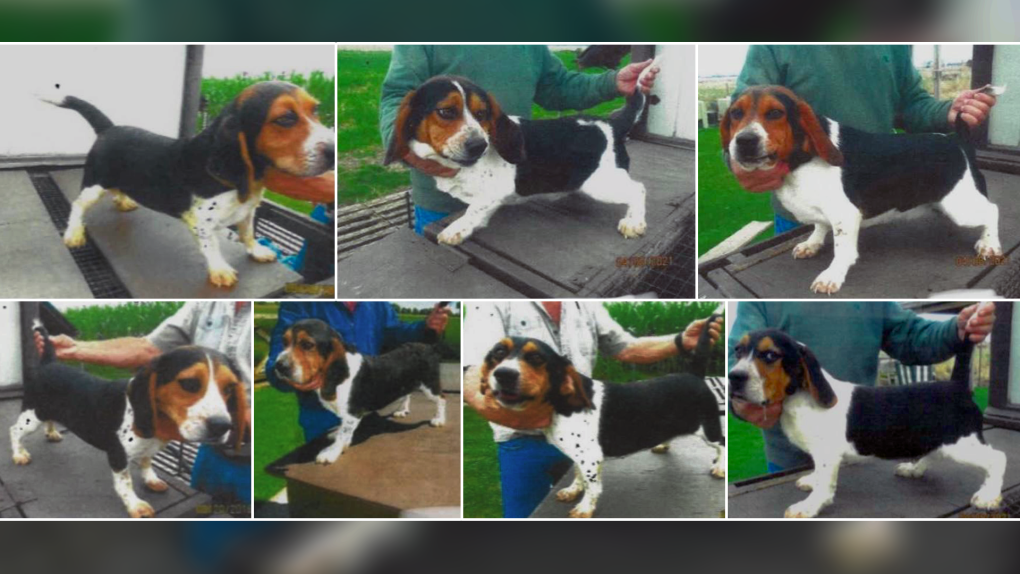 Essex County OPP is asking the public to be on the lookout for four dogs after a theft of seven beagles in Lakeshore, police say there is concern for their wellbeing.

On June 5, a property on Lions Club Road was broken into sometime in the early morning hours and seven beagle dogs were stolen.

Police have recovered three of the seven missing dogs, with the third having been located Tuesday in Windsor.

The Essex County OPP Crime Unit continues to investigate the theft, and is seeking the public’s assistance locating the remaining four dogs as “there is still concern for their wellbeing,” police say.

According to police, one of the female beagles was pregnant at the time of the theft and should have given birth to a litter. There may be beagle puppies circulating as well.