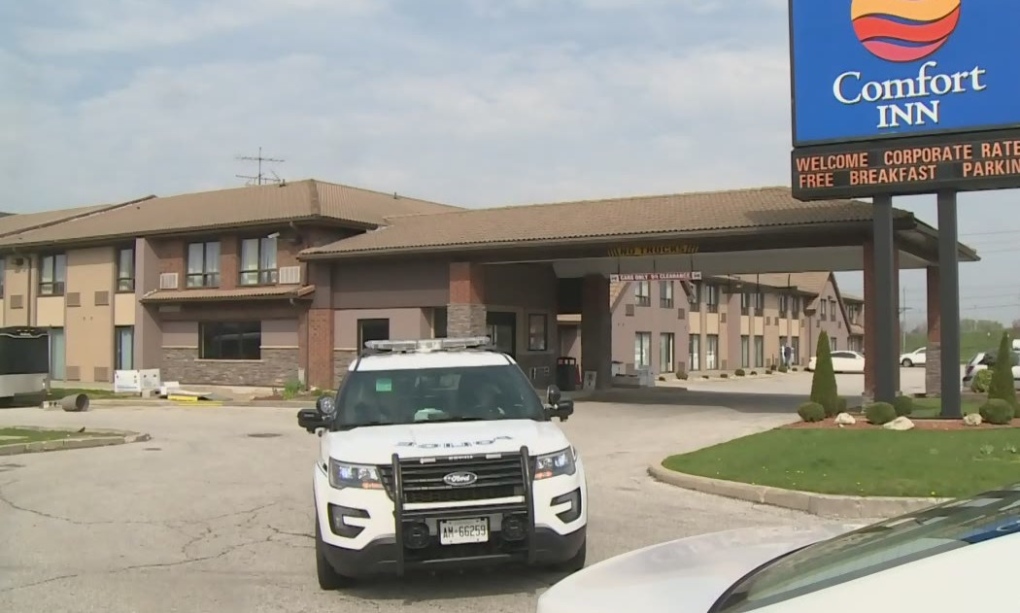 Windsor Police are looking for a suspect in a stabbing at a hotel on Dougall Avenue on Saturday, April 15, 2017. (Alana Hadadean / CTV Windsor)

A Windsor man will soon learn his fate after being convicted in a stabbing last year.

A sentencing hearing was held Friday for Emad Ben-Abdellah.

The 27-year-old was found guilty of aggravated assault stemming from an incident in April of 2017.

Police were called to the Comfort Inn hotel on Dougall Avenue where they found a man suffering from non-life threatening stab wounds in the parking lot.

Court heard Friday the victim suffered four lacerations to his face, and two more on his neck and chest.

Ben-Abdellah's lawyer Maria Carrocia argued her client is bi-polar and has a permanent brain injury. She's asking for 18 months to two years in prison, saying he has a supportive family and good prospects for rehabilitation.

But Ben-Abdellah has a prior criminal record, and was on probation when this incident occurred.

Crown attorney Walter Costa argues the accused hasn't treated his mental health issues as he should, and by not doing so, he continues to pose a risk to the community.

Costa is seeking a jail term of four to six years.

The judge will come back with a decision later this month.