WINDSOR, ONT. -- A section of Highway 3 in Essex County is temporarily closed after part of the westbound lanes appeared to buckle under extreme heat.

It happened sometime mid-afternoon Thursday between Manning Road and Ellis Side Road, while the region sits under a heat warning with temperatures in excess of 33 C and humidex values nearing 41 C.

“There’s got to be some deficiency in that particular section of road that was constructed.” Essex County Warden Gary McNamara says. 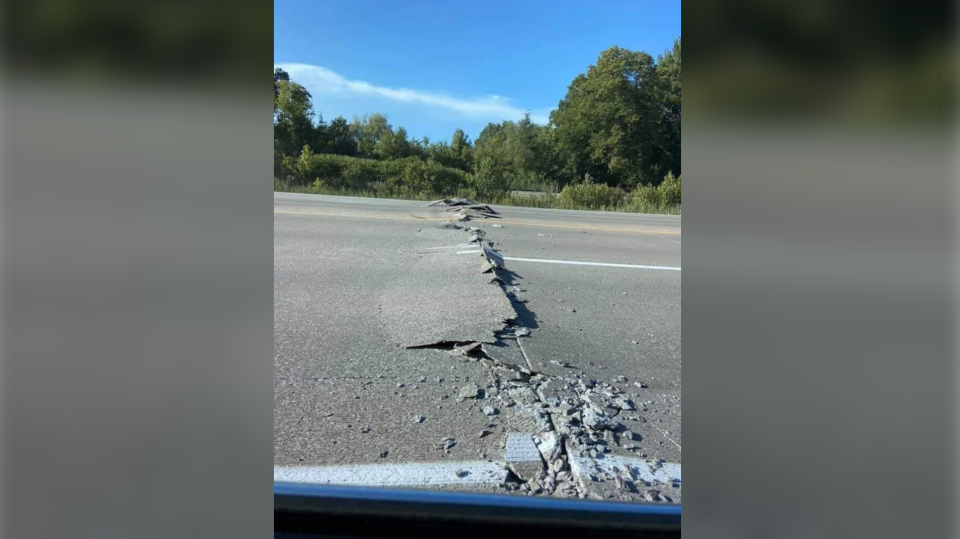 Ministry of Transportation crews have been adding expansion joints over the last year and a half, but he admits he’s lost count as to how many times this has happened in the same area of Highway 3 over the last several years.

McNamara worries about motorist safety, thankful nothing ‘catastrophic’ has happened as a result.

“We’re very, very fortunate that we haven’t had a major accident as this road buckling has occurred whether with a motorcyclist or even another vehicle causing some havoc on the road.”

McNamara says the county engineer has been in contact with the ministry on the matter recently, telling CTV News the highway buckled under similar circumstances earlier this year.

“Obviously this is not something that is going to quit. This is going to continue to happen obviously with these major heat issues that we’re facing now.”

Thursday evening, OPP had a section of County Road 22 between Wallace Line Road and Old Tecumseh Road in Lakeshore closed due to damage repairs from the heat cause the road to buckle as well.

County Road 22 in @TownofLakeshore has been closed for repairs between Patillo Road and County Road 2 after the road buckled due to extreme heat.

CTV News has reached out to the MTO for comment. 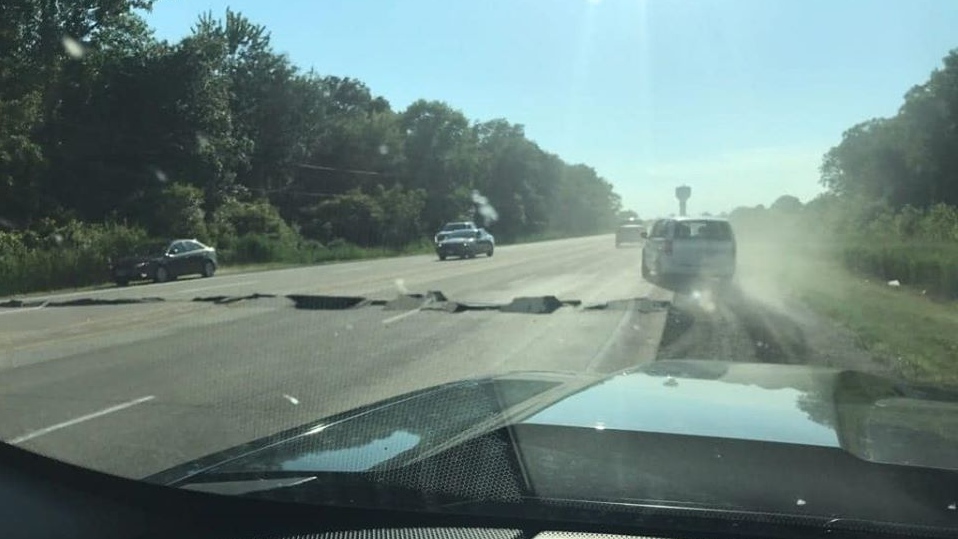