Windsor police are asking the public to avoid an area of Concession Road 3 North in Amherstburg, Ont. after strong winds knocked over hydro poles Saturday morning.

According to a tweet from the Windsor Police Service, Concession Road 3 North between County Road 10 and Texas Road in Amherstburg is temporarily closed due to downed hydro poles.

Police said the downed hydro poles were caused by wind.

Nicholas Baggio, a resident who lives on Concession Road 3 North told CTV News Windsor that when he woke up Saturday morning, he saw recycling bins strewn across the lawn. Only afterwards did he see the damage to the hydro poles on the road.

He estimates that between five to eight hydro poles were damaged. 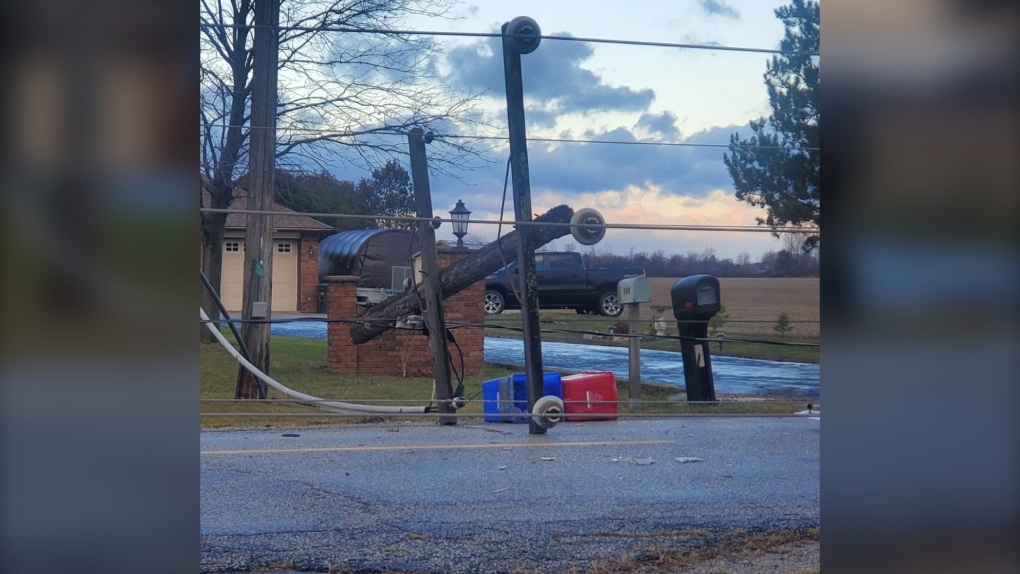 According to Environment Canada, Windsor-Essex-Chatham-Kent is currently under a wind warning, where westerly winds of up to 90 km/h are expected in the wake of a strong cold front. The winds are expected to taper off early Saturday evening.

Police ask the public to avoid the area in the meantime.