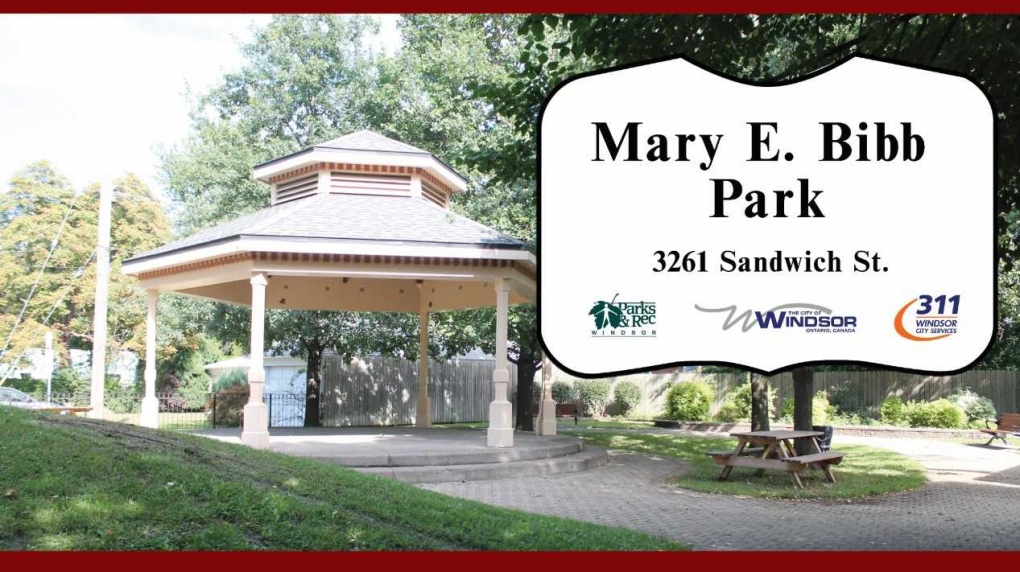 The unveiling of the new sign at the park bearing Mary E. Bibb’s name took place as a virtual event Tuesday in light of pandemic restrictions.

“This is in honour of an American-born educator and abolitionist leader who is considered to be the first female Black journalist in Canada, who was involved in anti-slavery activities, and who—along with her husband, Henry, and from Sandwich Town—used their newspaper to help supporters of the Underground Railroad,” Mayor Drew Dilkens said. “Windsor has a long history as a place of refuge for those seeking a good life. Mary Bibb helped to shape our community, and we are honouring her as we continue to nurture and support a strong, culturally rich Windsor—one of Canada’s most diverse communities.”

The park, previously named Mackenzie Hall Park, was approved to be renamed by city council after it was requested from the Friends of the Court in line with the city’s Naming, Renaming or Dedicating Municipal Property, Buildings and Parks Policy. The policy allows for name changes to honour those who have contributed to the development of Windsor.

“The Friends of the Court (FOTC) is dedicated to the continuous improvement of Mackenzie Hall and the surrounding grounds,” said Elana Freeman, Friends of the Court — Mackenzie Hall president. “We are thrilled to see this initiative to rename the park go forward in Ward 2, for the benefit of a more inclusive and balanced vision of the heritage district of Sandwich Town and Windsor at large.”

The City of Windsor and The Friends of the Court are pleased to rename the park adjacent to Mackenzie Hall in honour of Mary E. Bibb, abolitionist, educator and first female Black journalist in Canada.

Born Mary Elizabeth Miles in Rhode Island in 1820, Bibb was trained as a teacher and very involved in the anti-slavery cause. She and her husband Henry Bibb started a life together in Michigan, according to the Harriet Tubman Institute at York University.

In 1850, the United States Congress passed the ‘Fugitive Slave Act’ which gave enhanced powers to slaveholders so they could recover “servants” who had escaped the northern U.S. Having escaped enslavement, it became too dangerous for Henry to stay in Detroit and the couple moved to Windsor.

They founded a school for Black children where Mary taught and they also started the first anti-slavery paper published in Canada by people of African Descent called The Voice of the Fugitive. It became an important means of communication for the general public and Underground Railroad supporters, according to the institute.

“Sandwich Town is one of the most historic areas of our community. I’m proud of this most recent example of the City of Windsor honouring our past, telling our stories and highlighting the strength and resilience of Black Canadians,” said Ward 2 councillor Fabio Costante. “Building on the positive impact of many recent developments in Sandwich Town, Mary E. Bibb Park will be a gathering place for people, celebrations and ideas. Renaming this park is a way to honour the roots of our community, while sending a strong message of inclusivity, diversity and belonging to residents of Sandwich Town and the broader community."

Windsor’s Poet Laureate wrote the poem “Pathways to the Star” in honour of Mary E. Bibb:

Taught children of her race

She pointed to the heavens

To reach for the stars

In a time when black children

Were kept away from books

Gateways to the universe

All the magic of words

Mary Bibb opened to them

Their brothers and sisters