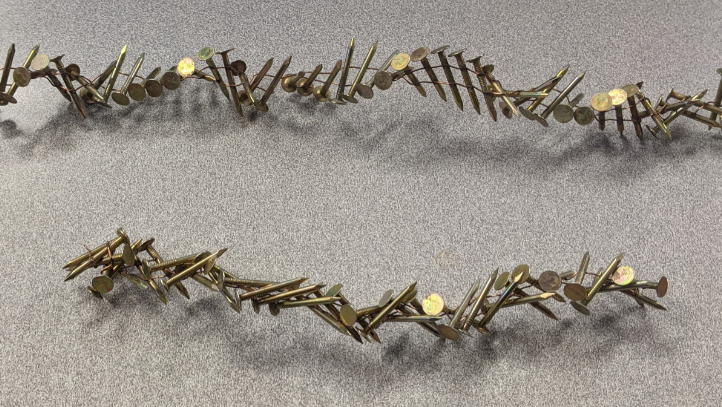 Two strands of roofing nails were found by a citizen in a park in Kingsville, Ont. on Sunday, March 7, 2021. (courtesy Kingsville OPP)

WINDSOR, ONT. -- Police are asking parents and pet owners to be careful after a resident found two strands of roofing nails at the playground of a Kingsville park on Sunday.

Around 4 p.m., area OPP officers were informed by a member of the public found what appeared to be roofing nails near a merry-go-round in the children’s playground area of York Park off of Conservation Drive in Kingsville.

Officers arrived, seized the nails and completed a search of the park to locate any other nails but none were found.

Police are asking anyone regarding this or any other incident is asked to call the OPP at 1-888-310-1122. Should you wish to remain anonymous, call Crime Stoppers at 1-800-222-8477 (TIPS) or leave an anonymous online message at www.catchcrooks.com