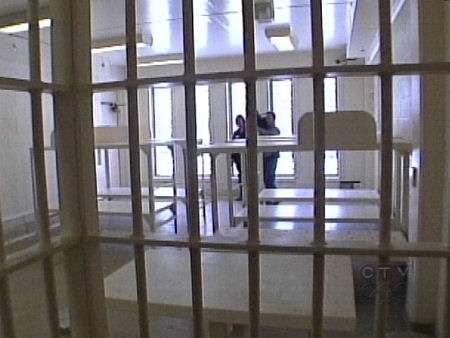 The changes, the commission says in a submission, do not address practices found to violate both the Canadian charter and the Ontario human rights code.

"The (commission) is disappointed with the proposed amendments, which do nothing to substantively address serious issues with Ontario's continued abuse of segregation," the submission states. "The ministry has not moved forward with urgent and necessary legislative protections."

Regulation 778, which governs adult correctional institutions and the use of segregation, require a superintendent to review segregation placements at least every five days. The rules also allow prisoners to be placed in disciplinary segregation for up to 30 days in a row.

In August, the province's Ministry of the Solicitor General put forward two amendments to the regulation. The first would limit disciplinary segregation to 15 days. The second would require an assistant deputy minister rather than a superintendent to review a segregation placement every five days.

The ministry says the change aligns with existing operational policy. The commission, however, says the proposed changes aren't good enough. At best, it says, they would afford inmates the "absolute minimum" protection mandated by the Constitution.

There is widespread expert agreement that solitary confinement can cause severe and lasting psychological damage, especially for those with mental health issues. Courts across Canada have upended rules governing the practice, both at the federal and provincial levels, and several class-action lawsuits have arisen.

Last year, the then-Liberal government agreed to stop placing inmates with mental health disabilities in solitary confinement at its 26 correctional facilities, barring exceptional circumstances. The proposed changes to a now 30-year-old regulation would apply to all inmates.

"Minor amendments to an outdated regulation will not address the harm being caused to prisoners under the current segregation system," the commission states. "Addressing this harm requires real action, not half measures."

The commission points out the legislature last year passed the Correctional Services and Reintegration Act, which mandates effective oversight of, and time limits for, segregation. However, 18 months later, the act has yet to become law. The government, the commission says, needs to say what its plans are regarding the legislation.

The government would not say when it might proclaim the law but chief commissioner Renu Mandhane said doing so would go a long way to "address many of the systemic human rights issues associated with the use of segregation in Ontario."

"The government is taking responsible steps to comply with these new legal obligations by moving forward with regulatory updates," Morrison said.

The commission, however, is urging the province to set a hard 15-day cap on all segregation placements, and to limit its use to no more than 60 days a year. It also wants an external, independent review process that includes judicial oversight for segregation decisions.

Segregation should be completely off-limits for pregnant women or new mothers, inmates who are chronically self-harming or suicidal, have a mental disability, and are mobility impaired, the commission says.