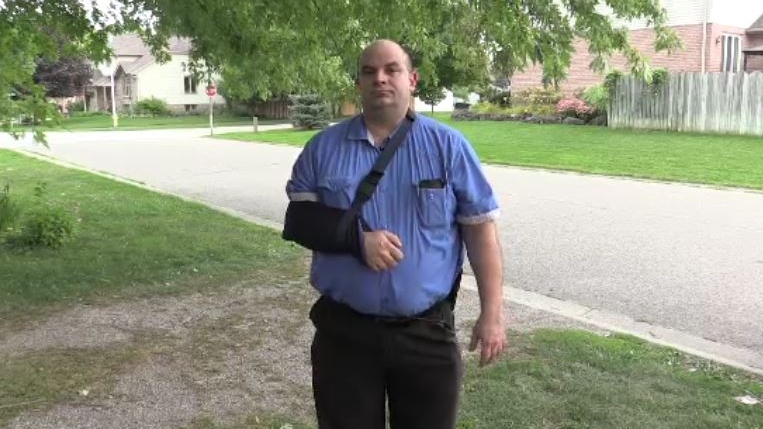 A former police officer in Sarnia has been charged after an alleged road rage incident involving a former Windsor man.

Kirel Racovitis — the son of Tunnel Bar B.Q. founder Tom Racovitis — claims he was followed nearly 2-km to his home in Brights Grove and then assaulted.

The alleged incident happened last Friday Sept. 6 and police were called around 11:30 p.m.

Racovitis alleged he was confronted by someone claiming to be an off duty officer who complained about his driving. Racovitis said he was placed in a chokehold, was punched and received several kicks to the ribs and shoulder.

"I haven't been able to sleep, the little bit when I do fall asleep I wake up panicking reliving the beating," Racovitis told CTV News. "I want this person punished to the fullest extent of the law."

Sarnia police investigated and a suspect turned himself in Friday morning.

Christopher Moxley, 57, a retired officer from the Sarnia Police Service is charged with assault and personating a peace officer.