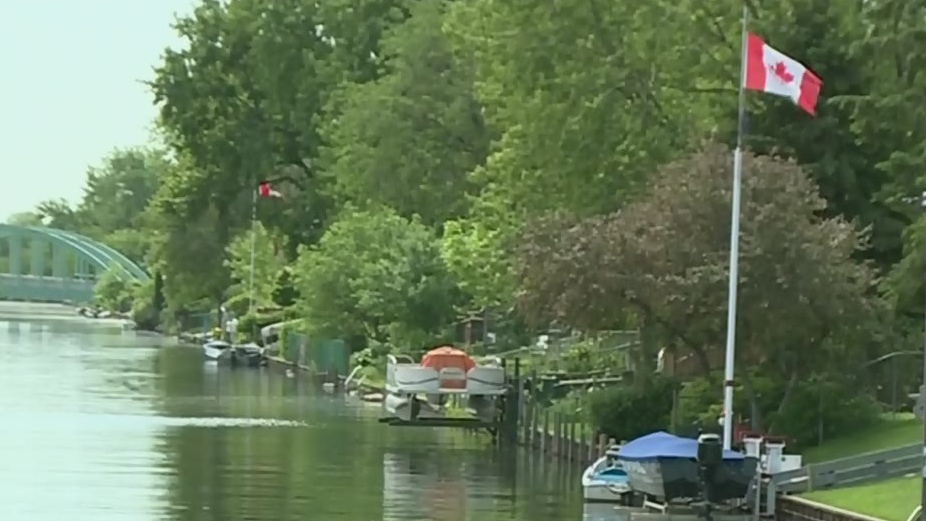 Residents living along the Little River dyke will soon have to remove docks and any other obstructions from along the waterway.

Windsor City Council unanimously approved staff recommendations to spend $250,000 on a consultant to determine the level of damage along the dyke.

Homeowners will then be asked to remove any alterations from their properties.

At least 73 homes abutting the dyke have some form of obstruction, which the city believes could cause damage to the pollution control plant and contribute to the risk of flooding 6,000 nearby homes.

The dyke system also handles about one-third of the city's storm water.

But homeowners in attendance Monday night believe the city should review its own efforts to keep the river clear of debris like fallen trees and shopping carts.

“I’m not a rocket scientist here, guys, but they’re not doing their job to protect all of the east side,” said Mark VanWatteghem, who says he’s seen more than 100 trees in the river further upstream.

Other residents suggest the bridges over the river were built too low, causing a bottle-neck effect, which they believe could contribute to high water levels.

The motion passed by council also proposed drafting an easement agreement with property owners as well as $2 million of general liability insurance.

Residents at Monday’s meeting also said they’re confused about the property easement agreement being proposed by the city, because they say the terms keep changing.

"My concern is how can we expect people to enter into any sort of legal transaction or agreement when the parameters of use across the entire easement have not been specified," said Joanne Barten, a Little River homeowner who has been distributing a petition to affected neighbours.

The consultant's report is expected to be complete in the next three months.

Councillor Irek Kusmierczyk says residents will likely be asked to remove their obstructions by next spring.