The legendary music director now has the unique distinction of being the only Canadian out of 325 inductees, so far.

“Rosalie was really a groundbreaking, trendsetting music touch point making kind of individual,” said Kraig Kitchin, chairmen of the Radio Hall of Fame. “Her ability to select songs and to pick music that later became big hits not only on CKLW, but also on hundreds of radio stations in the United States is very evident.”

“It was still in the emerging format,” Kitchin explained. “She was a trendsetter in the way that she was able to hear songs in a way that she knew radio audiences would want to hear them over and over again and at high frequency.”

Kitchin continued, “When artists like Bob Seger write songs about her, that's a significant indication she really, really has good relationship with music artists.” 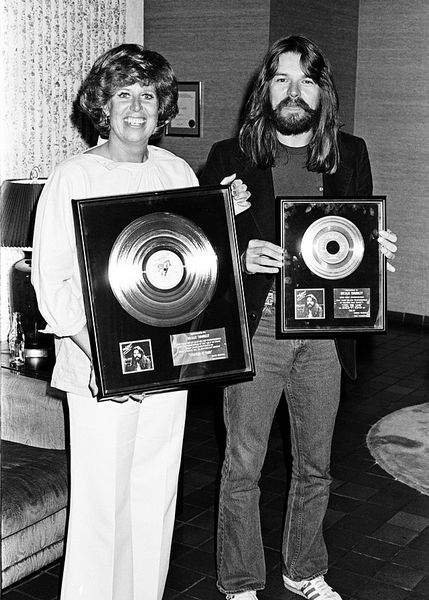 Tromblay was thought of as the number one music director in the U.S. during her tenure. She introduced numerous artists such as Alice Cooper, Aerosmith, and Bob Seger, who later wrote a song about her entitled "Rosalie.”

Trombley is credited with significantly helping artists and music groups including Elton John, Earth, Wind and Fire, Ted Nugent and The Guess Who.

“She was a Canadian resident. She made her living with Canadian radio stations, but her influence was really felt not only in that southern part of Canada, that Windsor, Ontario area that included areas like Hamilton and Sarnia but also throughout all of Southeast Michigan, where her influence really was very, very apparent,” Kitchin said.

He noted Trombley is also being inducted alongside musician James Brown.

In a statement to CTV News, Rosalie’s son Tim Trombley, who is also director of entertainment at Caesars Windsor said, “I am incredibly grateful my mother, Rosalie Trombley, will be honoured by the Radio Hall of Fame. My family and I look forward to celebrating our mother’s legacy and memory at the Induction Ceremony and thank the Nominating Committee for this opportunity to recognize our mom, who was a true legend in the history of AM Top 40 in North America.”

Why is it taking so long for Ukraine to join NATO? Experts weigh in

After Russia annexed four regions of Ukraine in September amid its ongoing invasion of the eastern European country, Ukraine announced it had signed an accelerated application to join the North Atlantic Treaty Organization. Will Ukraine become a NATO member anytime soon? CTVNews.ca turned to experts on Russia's war in Ukraine to better understand.

Feds 'not going to waste a lot of time' on Alberta sovereignty bill debate: LeBlanc

Intergovernmental Affairs Minister Dominic LeBlanc says the federal government is taking a wait-and-see approach to whether it may intervene when it comes to Alberta Premier Danielle Smith’s sovereignty act, but that it is not the focus at the moment.

'I am not a criminal': Habs goalie Carey Price speaks against controversial firearms bill

Montreal Canadiens goalie Carey Price has taken a stance against Ottawa's controversial Bill C-21, which would refine the definition of prohibited assault-style firearms -- drawing the ire of Canadian hunters who say the definition would outlaw weapons used within their practice. Meanwhile, the Liberals have repeatedly stated their intention is not to go after hunters but to restrict certain firearms designed for the "battlefield."

The head of U.S. intelligence says fighting in Russia's war in Ukraine is running at a 'reduced tempo' and suggests Ukrainian forces could have brighter prospects in coming months.