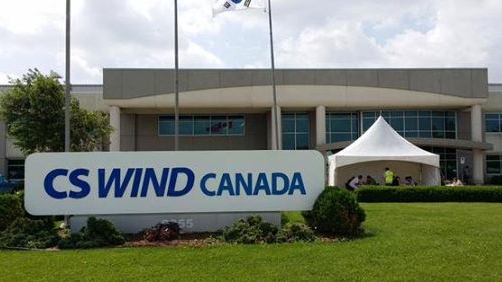 Officials from CS Wind remain tightlipped about its factory in Windsor.

The wind turbine manufacturer located on Anchor Drive in the city’s east end opened in 2011 as part of a multi-million dollar deal with Ontario’s Feed-In Tariff program for renewable energy sources.

A number of employees have been laid off in that time, and said production had been scaled back.

On Friday, only two vehicles were parked at the sprawling facility on Anchor Drive and former employees suggested the company has closed the plant.

A spokesperson for CS Wind would not comment on reports on the closure of the plant.

Officials from the mayor’s office and the Economic Development Corporation said they had not been notified about CS Wind’s closure.

CTV Windsor also contacted the Ironworkers Local 721 union, which has represented employees at CS Wind since 2016, but no one replied to requests for comment.