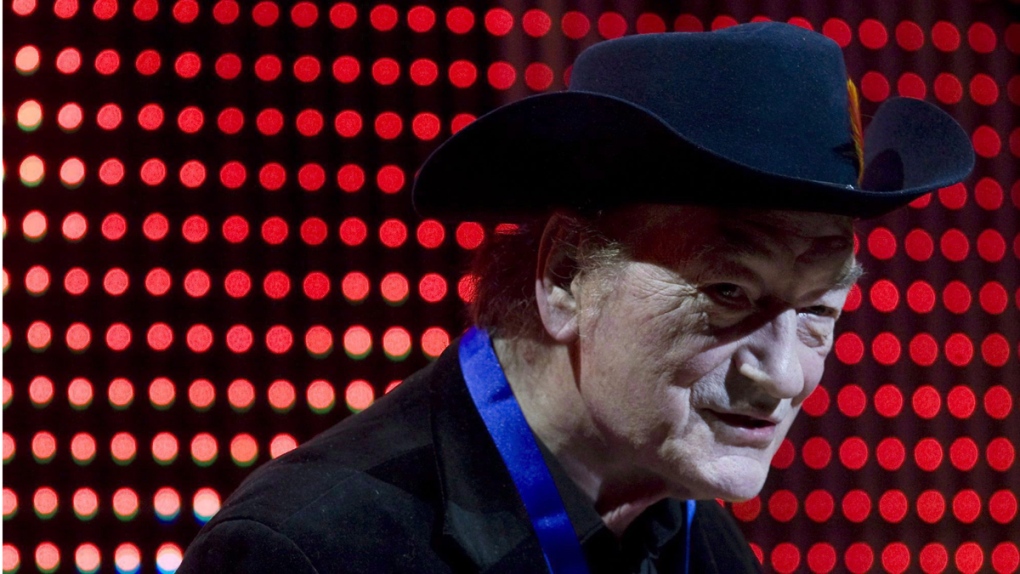 Stompin' Tom Connors at an awards gala in Toronto on Nov. 23, 2009. (Darren Calabrese / THE CANADIAN PRESS)

Women striving for the professional hockey league of their dreams want to stay visible during a gap in their Dream Gap Tour.

PWHPA president and Hockey Hall of Famer Jayna Hefford says the roughly 200 North American and international players in the union want to keep their drive for a sustainable league on the hockey world's radar.

"We want to find ways to keep the conversation going with a content piece like this," Hefford told The Canadian Press.

The collapse of the Canadian Women's Hockey League this year after 12 seasons, and the players' refusal to join the U.S.-based NWHL because they don't believe it's financially sustainable, gave rise to the PWHPA. Members of the U.S. and Canadian national teams are its public face.

After Dream Gap Tour showcase tournaments in Toronto, Hudson, N.H., and Chicago, and exhibition games in Boston and San Jose, Calif., in September and October, there's a lull in the PWHPA's schedule.

Hefford, from Kingston, Ont., said more Dream Gap Tour stops will be announced in the coming days, including Canadian dates.

In the meantime, the music video produced by Budweiser Canada for a social-media campaign is a teaser for that announcement.

"This is a big moment for us to be able to release a message like this," Hefford said. "We want that to live in its own space, but very shortly after we'll be announcing some future events."

The video's release also coincides with the Canadian and U.S. national teams squaring off in exhibition games Friday and Sunday at the Pittsburgh Penguins' training facility, as well as Hockey Hall of Fame induction festivities starting next Friday in Toronto.

Canadian players Natalie Spooner, Sarah Nurse, Renata Fast and Shannon Szabados dully recite the lyrics as the lights go out in a hockey arena and a statement is conveyed that "the good old hockey game is only that, when it's good to everyone."

"It's not like this has been an easy year for the majority of our group," Hefford said.

"It's been very difficult, but when you go to bed at night and you know you are living something you believe in and you're passionate about and you know you're going to make things better for someone else, that's a pretty good way to end a day."

In its few months of existence, the PWHPA has gathered economic clout with domestic and international brands such as Budweiser, Adidas, Bauer, Tim Hortons and as well as the support of NHL Players' Association and Unifor Canada.

"For us, it's more than sponsors that want to put their logos somewhere," Hefford said. "It's who wants to be really engaged and be a part of the solution?"

Dunkin' Donuts, interestingly, sponsors both the PWHPA and the NWHL, now in its fifth season.

Budweiser has produced content for the U.S. women's soccer team with similar messages about the value of female sports.

"We saw this opportunity to, beyond just our partnership with the Dream Gap Tour, to drive more awareness for the issue, to help support the women's game in Canada," said Todd Allen, vice-president of marketing for Labatt Breweries of Canada.

"We thought what better way than using the iconic hockey song of Stompin' Tom Connors, but delivered in a unique way leveraging iconic Canadian media personalities and hockey players to tell a story of what happened to the Canadian Women's Hockey League folding in 2019, to help shine a spotlight on what the PWHPA is trying to achieve and to bring more awareness to women's hockey in Canada."

This report by The Canadian Press was first published Nov. 7, 2019