As the provincial government works towards delivering Ontario’s 2023 budget, a Standing Committee on Finance and Economic Affairs is about halfway through pre-budget consultations – stopping Monday in Windsor to hear from stakeholders in the area on what they’re banking on.

Setting up shop in a downtown hotel, the committee started the day with a presentation from the Windsor Essex Regional Chamber of Commerce, hearing from organizations like the Elementary Teachers’ Federation of Ontario, Invest WindsorEssex and the Ontario College of Family Physicians.

Mayor Drew Dilkens spoke on behalf of the City of Windsor, asking for provincial partnership on high-cost infrastructure through the next decade to accompany anticipated development in the city.

“We need to look at where the puck is going,” Dilkens told CTV News before making his presentation.

“We know where the puck is going because of the significant investments in our region. We want to make sure we have everything ready when the puck gets there.”

The city’s primary ask is for help bolstering roads from Highway 401 to the area where the anticipated EV battery plant and acute care hospital will be built.

The hope is that Lauzon Parkway can be extended to the highway, with a cloverleaf interchange constructed to merge the two. 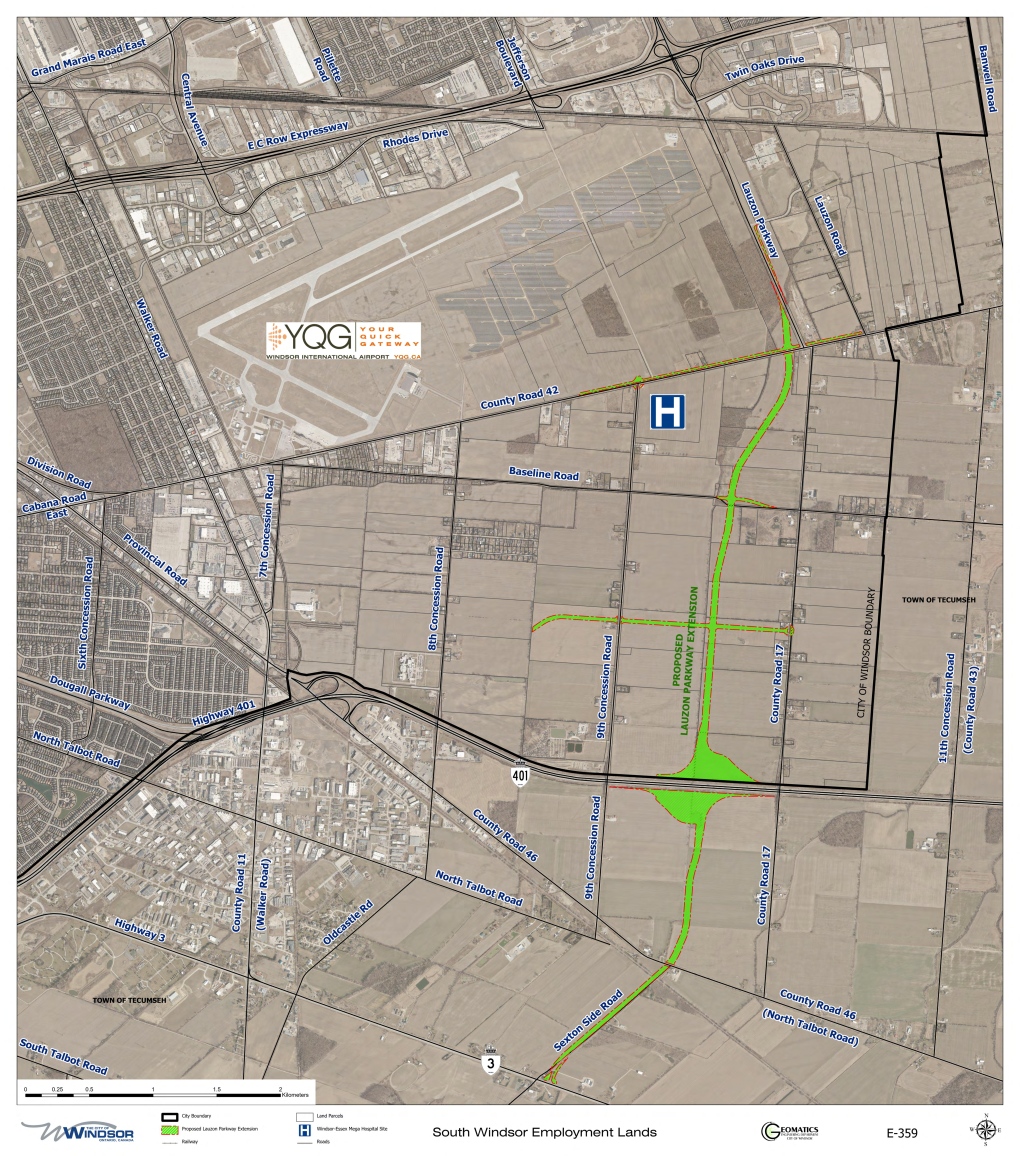 Map of the city's hope to extend Lauzon Parkway to the 401, with a cloverleaf interchange constructed to merge the two. (Courtesy: City of Windsor)In his presentation to the committee, Dilkens said the city has an approved environmental assessment for the extension of Lauzon Parkway.

The extension is expected to cost more than $100 million, with roughly the same price tag anticipated for the interchange.

Dilkens says the city is not expecting the province to put up all of that — and certainly not all in the 2023 budget.

“I appreciate that this represents a large financial ask that will, by definition, need to be factored in over the long term,” he told the committee during his presentation.

“But like our new regional acute care hospital, which the province has already announced will break ground in 2026 – we need to start the planning, design and procurement work to get moving on this important infrastructure.”

Dilkens told CTV News he is optimistic about the ask.

“I really do think that the conversations we've had and the roadmap that we sort of laid out, really, really tell the story and explain the importance,” he said.

The Ford Government’s 2023 budget is expected to be released in the spring.

Meanwhile, members from across the floor took advantage of the pre-budget consultations to again flag healthcare concerns.

NDP MPPs speaking to media as the committee broke for lunch said the 2023 budget needs to put significant money into the province’s public healthcare.

“Bringing in private for profit clinics is not going to solve the public healthcare crisis that we're in,” said Gretzky.

“The only way the government is going to do that is to invest money into the healthcare system, the publicly funded, not for profit healthcare system, ensure that our workers are respected, that they're paid appropriately in order for us to retain them.”

Pre-budget consultations will make a brief stop at the Essex Centre Sports Complex on Tuesday morning, with stops through Northern Ontario and down to Toronto through Feb. 14.

SpaceX should choose between Ukraine and Russia: Ukrainian official

Elon Musk's SpaceX should choose sides between Ukraine and Russia, a senior Ukrainian official said on Thursday, after the company said it was curbing Kyiv's use of Starlink internet devices for controlling drones.

Four people are dead after a fire destroyed a residence in Sainte-Julienne, in Quebec’s Lanaudiere region, early Thursday morning.