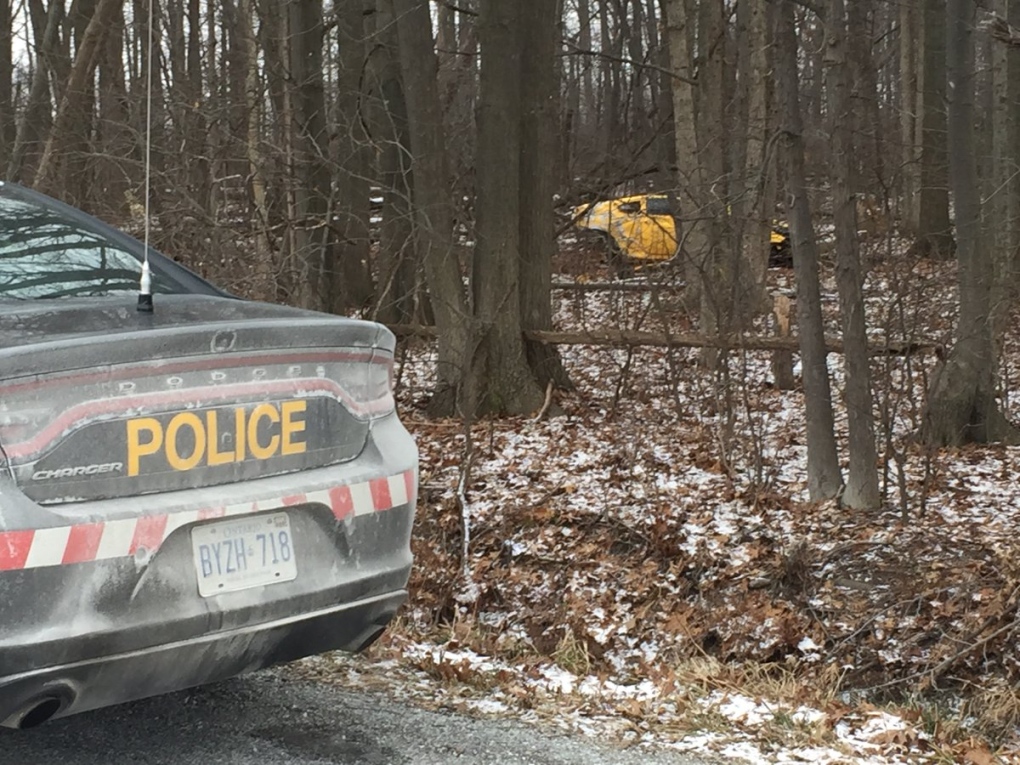 OPP are investigating in Kingsville after a motorist left the roadway and ended up in a wooded area off South Talbot Road on Saturday, Jan. 7, 2017. (Alana Hadadean / CTV Windsor)

OPP have released the name of the man who was killed after a single-vehicle crash in Kingsville.

Authorities say 23-year-old Aaron Kuhlmann was killed when his Hyundai left the road and entered a wooded area around 9 a.m. Jan. 7.

Condolences on Kuhlmann’s Facebook site have been appearing from family and friends.

Police say the Kingsville man was travelling northbound on South Talbot Road when he lost control and his vehicle left the road on a curve.

The section of road was closed for most of Saturday.

The Technical Traffic Collision Instigators are reported to be close to completing their investigation into a cause.