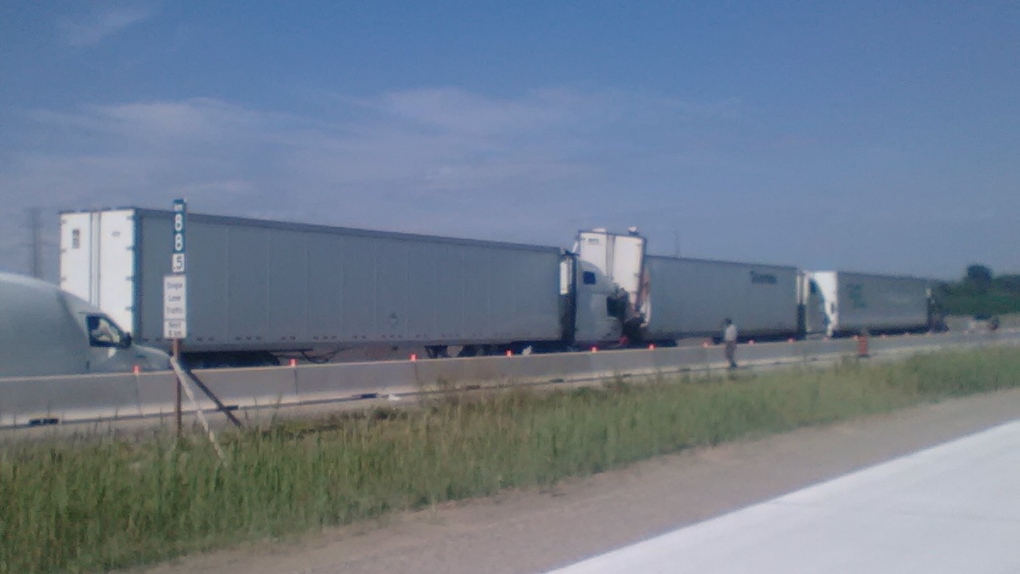 The OPP are investigating a five-vehicle chain reaction crash on the 401 in Chatham-Kent. (OPP photo)

The MPP for Chatham-Kent says the province has decided to install high tension cable barriers on the 401 instead of concrete ones next year.

After a series of serious crashes on the highway, Rick Nicholls petitioned the Liberal government to have a median be filled, paved over and concrete barriers installed along the busy highway between Tilbury and London.

Ministry officials told Nicholls on Wednesday the cable barriers are designed to redirect or contain vehicles from crossing into the on-coming lanes.

The barriers are less costly and could be installed sooner than the concrete option.

Nicholls doesn't believe the cable is as safe, especially if it has to holdback an out of control transport.