Protest planned to slow drivers down in Amherstburg 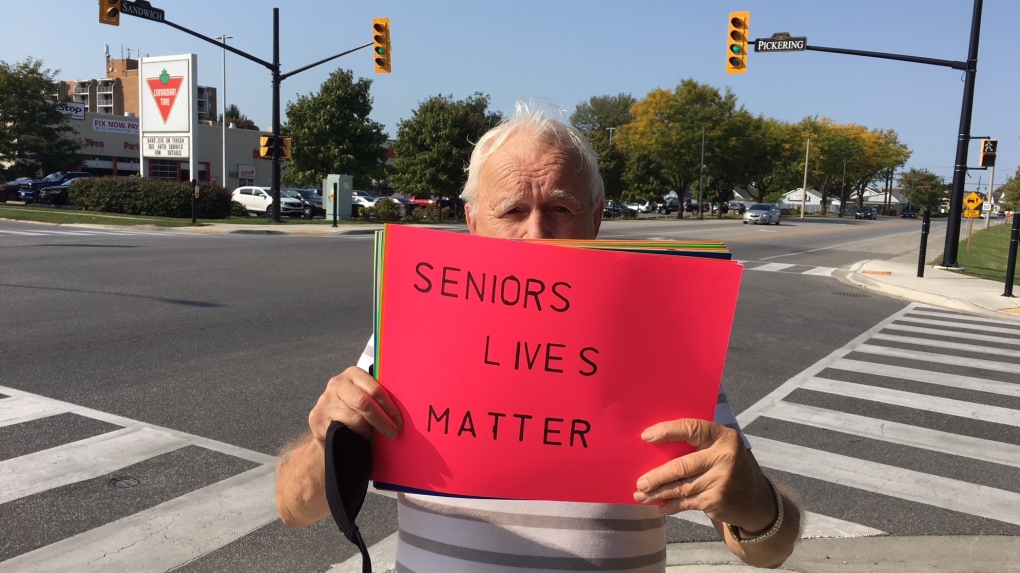 WINDSOR, ONT -- A group of concerned seniors will be gathering at a busy intersection in Amherstburg this weekend to make their town and drivers aware of the problems they say they face.

“The seniors are not asking for a lot. They just want to live!”

Clifford Connell, 79, says plenty of narrow escapes between fast-driving motorists and seniors have taken place over the last few months.

“It’s a speedway! We have to do something about it. It’s getting to the point, we had one lady get her elbow hit and the truck took off,” said Connell.

He tells CTV News that he expects upwards of 60 people to join him this Saturday on Sandwich Street to make their voices heard.

“If we don’t do something about it someone is definitely going to be killed.”

“People are just driving like idiots everywhere! It’s unbelievable,” Aldo DiCarlo says requests for more police and crossing guards are being made to the municipality. “Today alone we had a child almost hit at a cross walk near a school and some seniors here this week.”

The group of concern citizens want to see crossing signal times extended; though DiCarlo says they’ve been studied “to death” believing the solution is with motorists.

“It’s people driving within the limits of the law. Plain and simple.”

Connell has made dozens of signs that read “Seniors Lives Matter” and hopes the rally will at least result in some “Seniors Crossing” signs on Sandwich Street.

“We don’t expect miracles, believe me, but at least they could put up a couple signs.”

The senior safety rally is scheduled for Saturday Sept. 26, between 12 p.m. and 2 p.m. along Sandwich Street at Pickering Drive.