Protest planned in Amherstburg after neighbour mows swastika into lawn 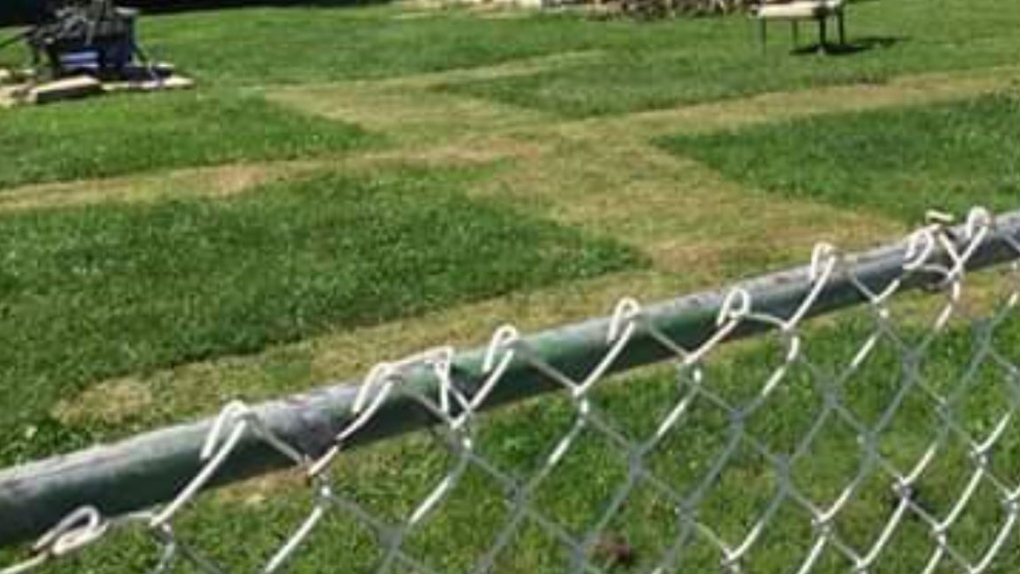 A swastika mowed into the lawn of a home in the 100 block of Victoria Street South in Amherstburg, Ont. on Saturday June 6, 2020 (Photo via Facebook/Ashley Meloche)

WINDSOR, ONT. -- A protest is planned in Amherstburg, Ont. Sunday after a homeowner decided to mow a swastika into their lawn.

The Amherstburg Detachment of the Windsor Police Service confirmed they received multiple calls about the home in the 100 block of Victoria Street South Saturday morning around 9 am.

Saturday marked the 76th year since D-Day when 400,000 Allied troops stormed the beaches of Normandy France during WWII; 10,000 of those troops were injured and more than 4,000 were killed in the assault.

"I have to choose my words carefully as a public official, but it's disgusting and it's not what the town stands for," says Mayor Aldo DiCarlo. "I think the number of complaints that came in after it was seen speaks to that."

DiCarlo tells AM800 News police have addressed the issue and the homeowner has since removed the symbol of the Nazi Party.

No word on any charges or fines.