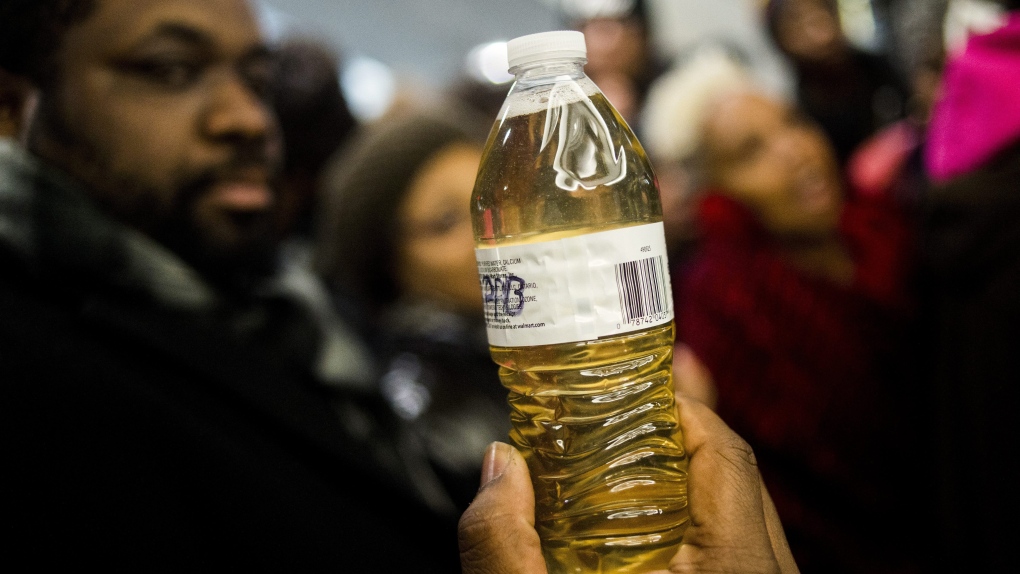 Pastor David Bullock holds up a bottle of Flint water as Michigan State Police hold a barrier to keep protestors out of the Romney Building, where Gov. Rick Snyder's office resides in Lansing, Mich. on on Thursday, Jan. 14, 2016. (Jake May/The Flint Journal-MLive.com via AP)

DETROIT -- Prosecutors dropped all criminal charges Thursday against eight people in the Flint water crisis and pledged to start from scratch the investigation into one of the worst man-made environmental disasters in U.S. history.

The stunning decision came more than three years -- and millions of dollars -- after authorities began examining the roots of the scandal that left Flint's water system tainted with lead.

Michigan Solicitor General Fadwa Hammoud, who took control of the investigation in January after the election of a new attorney general, said "all available evidence was not pursued" by the previous team of prosecutors.

Officials took possession this week of "millions of documents and hundreds of new electronic devices, significantly expanding the scope of our investigation," Hammoud and Wayne County prosecutor Kym Worthy said in a statement.

The efforts "have produced the most comprehensive body of evidence to date related to the Flint water crisis," they said, putting investigators "in the best possible position to find the answers the citizens of Flint deserve."

Among those who had charges dismissed: Michigan's former health director, Nick Lyon, who was accused of involuntary manslaughter for allegedly failing to alert the public in a timely fashion about an outbreak of Legionnaires' disease when Flint was drawing improperly treated water from the Flint River in 2014 and 2015.

The dismissal came a day before a judge planned to announce whether a 2018 decision to send Lyon to trial would stand.

Dropping the charges with just hours to spare killed the possibility of an adverse ruling and still gives prosecutors the freedom to haul Lyon into court again.

Nonetheless, defence attorney Chip Chamberlain said they "feel fantastic and vindicated.""We're confident that a just and fair investigation, done properly, will yield no evidence of any criminal wrongdoing," he said.

Hammoud said she would not speak to reporters until after a June 28 town hall-style meeting with Flint residents. Her boss, Michigan Attorney General Dana Nessel, said a "fearless" team was still on the case."Justice delayed is not always justice denied," Nessel said in a statement.