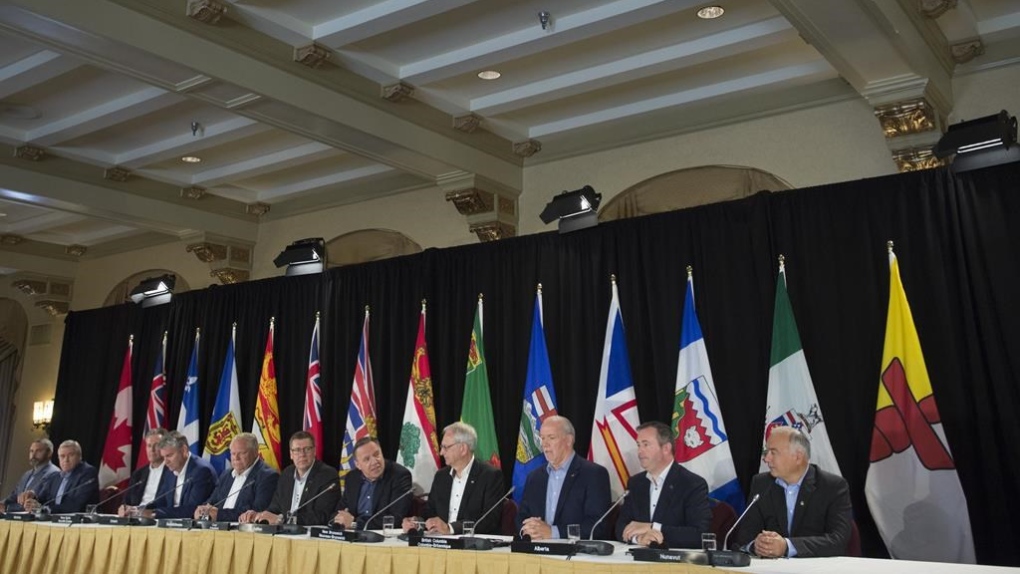 MISSISSAUGA, Ont. -- Canada's premiers say they want the federal government to increase health-care transfer funds by just over five per cent and allow the provinces to opt out of any national pharmacare program.

The premiers emerged from a meeting in Mississauga, Ont., this afternoon saying they had reached a consensus on four priority areas, including on federal health-care funding.

They reiterated their call for a 5.2 per cent increase in annual health-care transfer payments from the federal government.

They also said the federal government should recognize the right of any province to opt out of its proposed pharmacare program with full compensation.

The premiers say they are also eager to address economic competitiveness, the fiscal stabilization program and Northern priorities with the federal Liberals.

The leaders have invited Prime Minister Justin Trudeau to co-host a first ministers meeting early in the new year.

This report by The Canadian Press was first published Dec. 2, 2019.