Prayer service held for Windsor student who took his own life 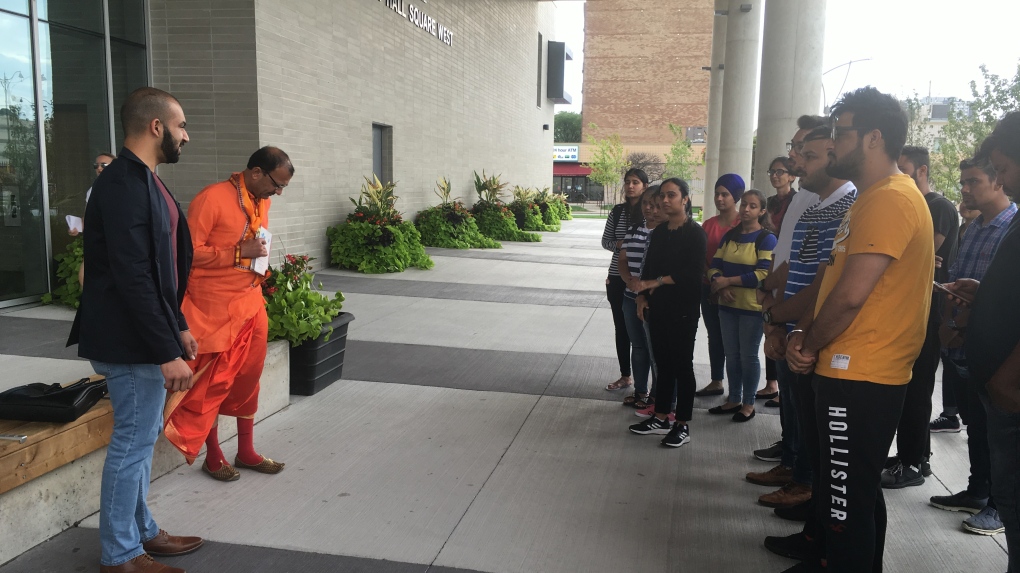 A prayer service was held in Windsor in memory of a St. Clair College graduate who took his life on September 21, 2018. ( Bob Bellacicco / CTV Windsor )

A peaceful protest and prayer service was held in Windsor in memory of a St. Clair College graduate who took his life.

His friend, Arjun Verma, says Chopra didn’t want to return to India after he was denied a work permit after graduating from St. Clair in May.

As CTV News shared in August, about 25 international students were denied work permits upon graduation from a 12-month International Business Management program, where they also took a four-month freight forwarding logistics course.

Verma says the college told them they would still qualify for work permits from the federal government if they wait to apply until after graduating the logistics program, but that wasn't the case.

Verma says Chopra visited the Canadian Border Service Agency at the Ogdensburg-Prescott border on Sept. 6 to ask questions about his situation.  It was there officers seized his passport.

According to Verma, Chopra didn't want to return home, became depressed, and with no job prospects, he sadly took his own life. His body was found in the St. Lawrence River on Sept. 9.

Verma hopes Friday’s protest will put pressure on the Canadian government to honour the work permit guidelines for other international students.