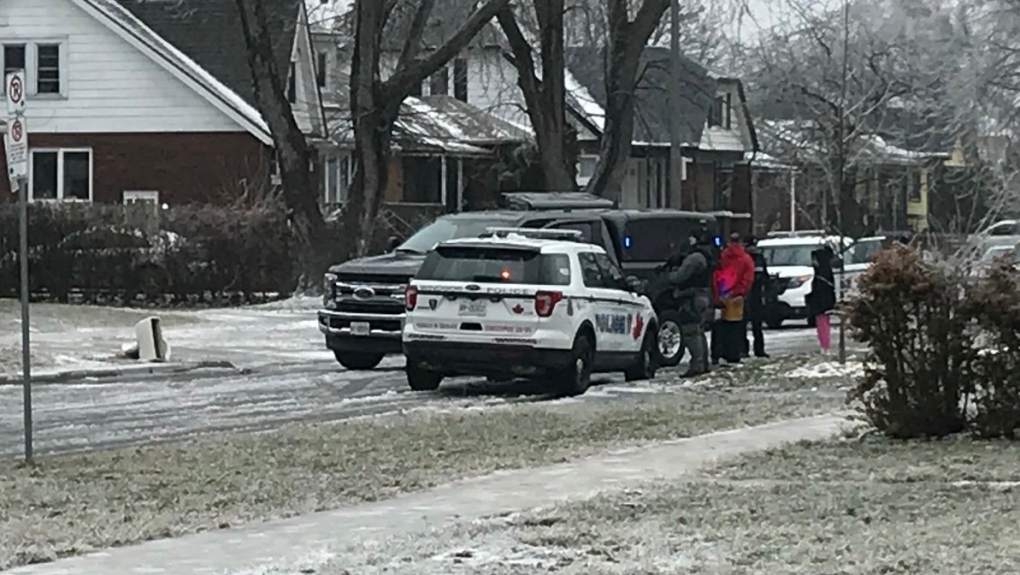 Windsor police have guns drawn at a weapons call at the corner of Seminole and Arthur in Windsor, Ont., on Tuesday, Feb. 12, 2019. (Rich Garton / CTV Windsor)

Quite a dramatic scene in a normally quiet neighbourhood on Windsor's east side.

Police officers were called to a home in the 1500 block of Arthur Road near Seminole after 1 p.m. on Tuesday.

Police officers were scene with their weapons drawn, and entered the home.

But there is no word if anyone was arrested.

Police described the investigation as a "possible weapons call" and say it is still very active.

Police are not releasing any other details, but say there is no direct threat to public safety.