Police warn about dangers of carrying replica handguns in public 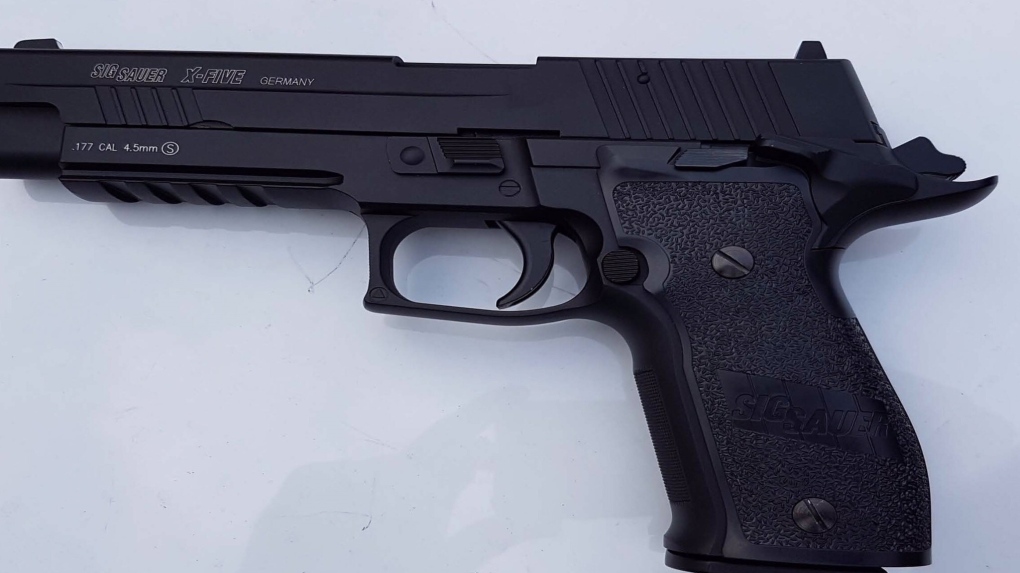 Windsor police have issued a warning about carrying replica handguns and airsoft guns in public, after an incident on Wyandotte Street West.

Officers were called to the area of the 1800 block of Wyandotte Street West for a report of a person with a gun on Friday.

Information was received that a male was walking in the area, carrying a black handgun. Officers arrived in the area and observed a group of people standing together.

One of the men was observed fumbling with an object at his side.

Officers believed the male may be in possession of a handgun and drew their firearms and advised them not to move.

Police say one of the male's placed a firearm on the ground behind him and officers quickly secured them in handcuffs. Officers found that it was a replica pellet handgun and considering the male displayed no criminal behaviour, they were all released with no charges.

The group of males were spoken to regarding the dangers of having a replica firearm in public and they willingly turned them over to police.  They also gave officers another replica firearm that was at their residence nearby.  Both pellet guns were seized in the interest of public safety.

The Windsor Police Service would like to remind the public of the danger imitation firearms pose when carried in public places.  Even from a short distance away, members of the public and officers have a hard time determining if a replica is real weapon or not.

Officers respond to the call and treat them as real firearms, until proven otherwise.