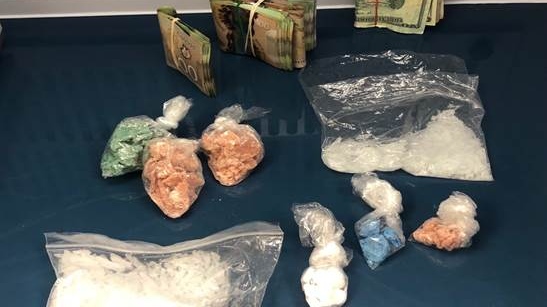 WINDSOR, ONT. -- Chatham-Kent police have arrested three people for alleged drug trafficking after finding more than $40,000 worth of suspected fentanyl during a search.

Police say around 5:08 a.m. Thursday officers with the assistance of the Critical Incident Response team executed a search warrant at residence on Longwoods Road in Chatham.

Upon entry, police found a man and two women inside who were identified and placed under arrest for possession of a controlled substance.

From the search, police recovered the following:

Police say the estimated street value of the illicit drugs is about $49,000.

All three arrested are now facing charges of possession with the purpose of trafficking fentanyl, meth, and Percocet.

The 45-year-old man of Longwoods Road has been held pending a bail hearing while the 29-year-old and 36-year-old women were released on an undertaking and required to appear in court next month.