Police seek witnesses after crash between skateboarder and SUV 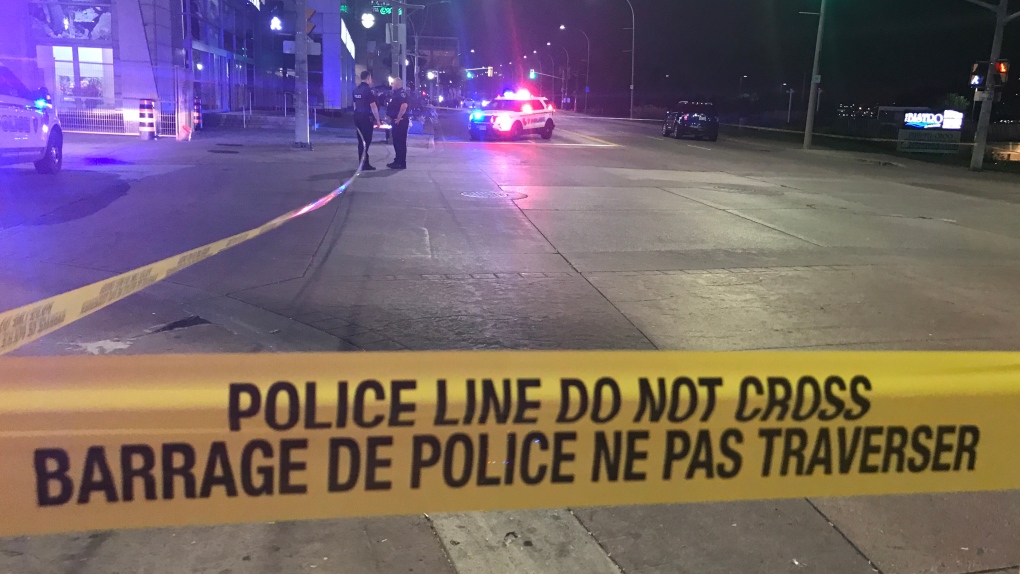 The scene of an accident where a skateboarder was struck by an SUV in downtown Windsor on Sept. 25, 2017. (Rich Garton / CTV Windsor)

A 29-year-old skateboarder is in hospital with life-threatening injuries after a collision with a vehicle in downtown Windsor Monday night.

Police confirm a male skateboarder was involved in a crash with a SUV at the intersection of Riverside Drive and Ouellette Avenue around 8:30 p.m.

Investigation revealed that a man was travelling on a skateboard in the area when he was involved in a collision with a Blue Ford Explorer.

Police say the driver of the Explorer stopped at the scene and met with investigating officers.

The skateboarder was transported to hospital with life-threatening injuries.

The intersection at the core of downtown Windsor was closed as police attempted to reconstruct the accident.

At approximately 2:15 a.m. on Tuesday the roadways were re-opened to the public.

The matter remains under investigation.

Investigators are looking to speak to any witnesses who have not already spoken to police, as well as anyone who may have video surveillance in the area that captured the incident / moments leading up to the incident.