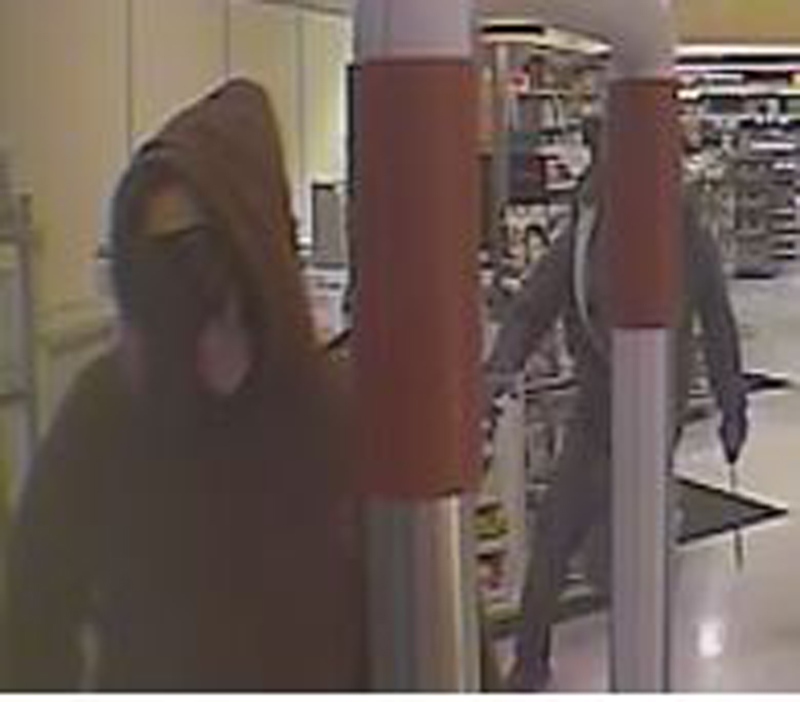 Windsor police are looking for two suspects after a robbery at the Rexall Pharmacy on Huron Church Road in Windsor, Ont. (Courtesy Windsor police)

Police say around 8:50 p.m. on Monday, the Rexall Pharmacy on Huron Church Rd. near Totten was robbed when two men entered the building armed with knives.

The suspects made off with an undisclosed about of pharmaceuticals, and no one was injured during the robbery.

The first suspect is described as white, thin build, 6’, in his 20’s, and wearing a grey hoodie.

The second suspect is believed to be white, 5’9”, thin build, also in his 20’s and wearing a red burgundy hoodie.

This is the eighth pharmacy robbery in Windsor-Essex in 2017.