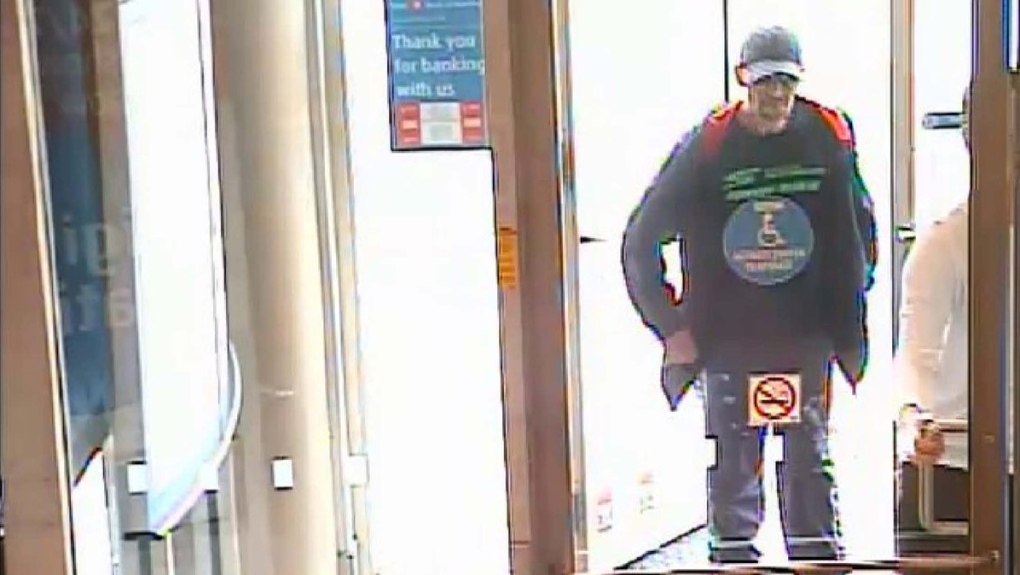 Windsor police are looking for a suspect after a robbery at the Bank of Montreal at 2300 Tecumseh Rd E in Windsor on Sept. 23, 2016. (Courtesy Windsor police)

There’s been a bank robbery in Windsor.

Windsor police say a man robbed the Bank of Montreal branch at 2300 Tecumseh Rd. E around 1:15 p.m. on Friday afternoon.

He allegedly threatened the employee and demanded cash. Officers say the suspect made a motion toward his waistband to convey having a weapon, but no weapon was seen.

The suspect is described as a white male, about 50 to 60 years old with a skinny build and dark hair and stands about five foot nine inches tall.

Police also say he was wearing white running shoes, a blue shirt and jeans with a green ball hat and light blue coat.

A tweet from Staff Sergeant Todd Cox says the suspect was hunched over and last seen in the Windermere Road and Chilver Road area.