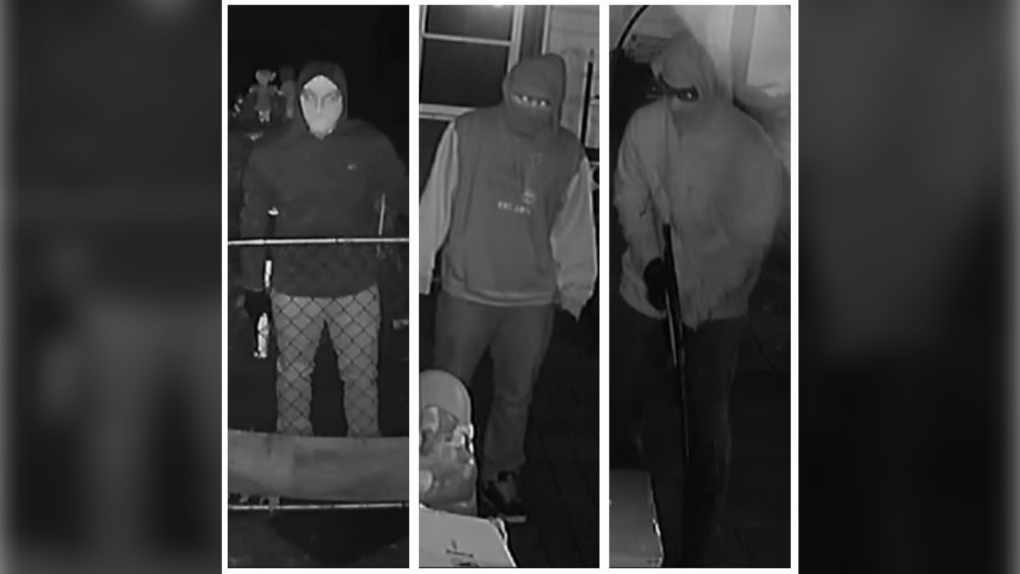 WINDSOR, ONT. -- Chatham-Kent police are investigating a home invasion where three suspects allegedly forced their way into a home armed with a baseball bat and firearm.

Police say the “serious” home invasion occurred at a Ridgetown residence on Nov. 25, around 8:30 p.m.

Through investigation, police say they learned the three suspected forced their way into the victim’s home with a baseball bat and firearm. An altercation then ensured and the men fled prior to police arrival.

Police say the scene was examined and forensic evidence was seized for DNA testing. Investigators have reviewed video footage from the area and are asking for the public’s help in identifying the suspects.

The Major Crime Unit has taken over this investigation. Anyone with information is asked to contact Constable Cole Abbott at colea@chatham-kent.ca or 519-380-6024.  Anonymous callers may call Crime Stoppers at 1-800-222-TIPS (8477) and may be eligible for a cash reward.