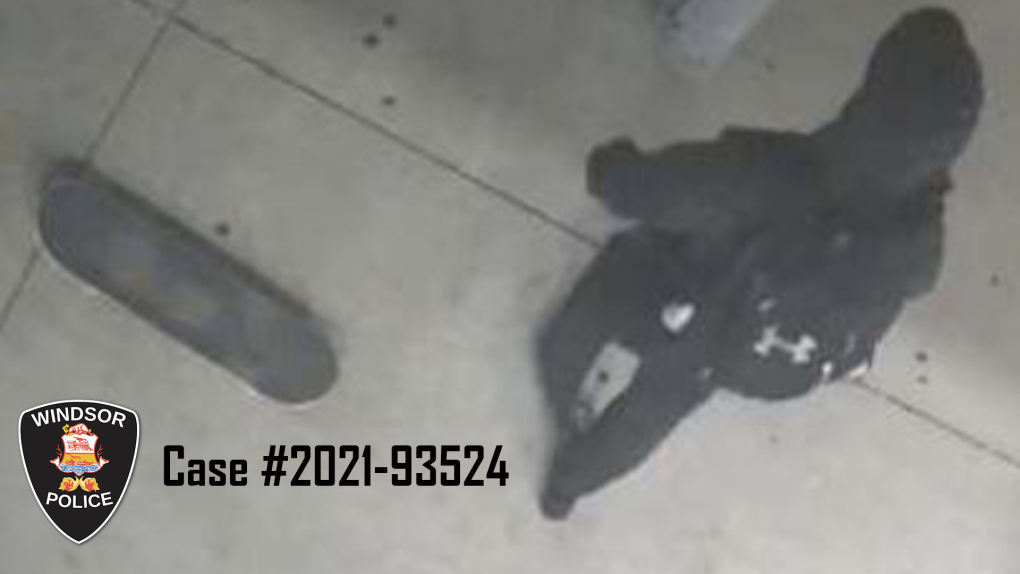 Windsor police are seeking any information relating to a string of graffiti incidents that appeared throughout the city over the past few weeks.

Police say a business in the 2900 block of Tecumseh Road East has reported two incidents of vandalism where graffiti was spray painted on the outside of the building.

The graffiti is described as the word “KURS”

A suspect was captured on video surveillance during both incidents. On Oct. 7, the suspect arrived on foot and on Oct. 17 a skateboard.

The Windsor Police Service believes this graffiti incident is related to another reported incident where the word “KURS” along with some sort of face or figure was spray painted on buildings on Ottawa Street. 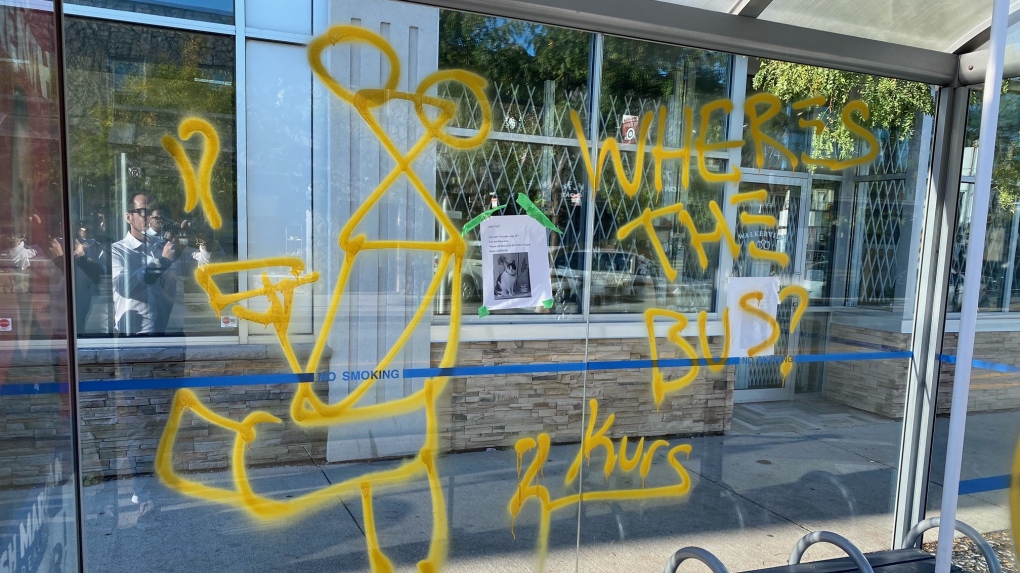 Police say a suspect was captured on video surveillance on Sept. 25 spray painting a business located in the 1400 block of Ottawa Street. The incident is believed to have occurred around 3:45 a.m. and several businesses in the neighbourhood were similarly tagged.

Officers describe the suspect as a white man, around 25-30 years old, wearing black clothing, a black backpack with a large 'Under Armour' symbol and was riding a skateboard.

The WPS says it is also aware of graffiti spearing in the areas of Ford City and downtown and encouraging anyone in these areas with surveillance cameras to check their footage for potential evidence.

Police believe several acts of vandalism have gone unreported. Anyone wishing to report can use the WPS online reporting system, or if you wish to speak to someone, call 519-258-6111.

“Windsor is a safe and vibrant community and our citizens deserve to have their property remain inviting and vibrant,” a WPS news release says. “We take crimes such as this seriously and will lay charges on those committing these acts. We would also like to remind the public to always report suspicious persons or activity to police immediately.”