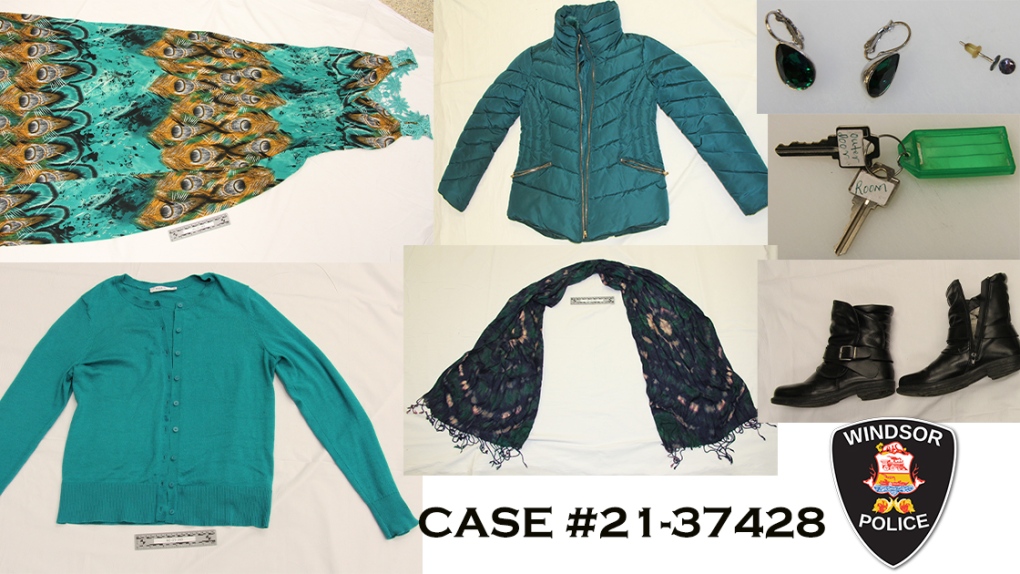 WINDSOR, ONT. -- Windsor police are asking for the public’s assistance in identifying a woman who was found dead near the city’s riverfront.

The death is not believed to be suspicious, police say.

The woman was found without any identification and investigators are looking for any information that may help to identify her.

Police have described the woman as Black, around 40 years old, around 5’7”, medium build between 140 to 160 lbs with black hair (wig). She was wearing black pants, black boots, a multi-coloured sleeveless dress with peacock feathers design, a green jacket, a green and white scarf wrapped around her head, and a black medical face mask.

Police are asking anyone who may recognize the articles of clothing pictured or have any information to contact them.

Anyone with surveillance cameras in the area are also asked to check their footage for possible evidence.