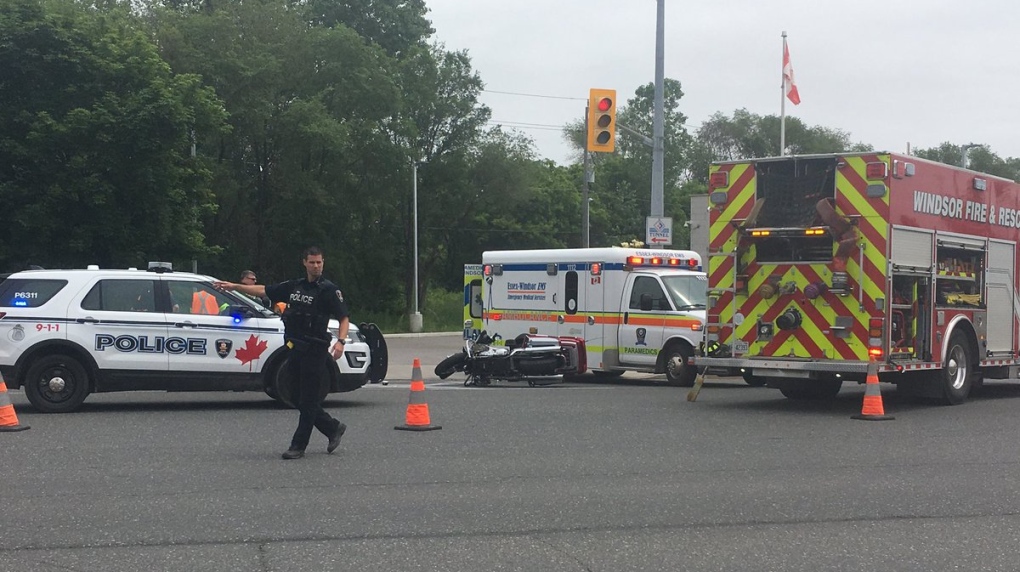 Windsor police say a motorcyclist is hurt after a hit-and-run crash on Dougall Avenue.

Officers responded to a report of a crash on Dougall at E.C. Row Expressway on Monday at about 12:45 p.m.

Upon arrival, officers found an injured man who had been driving a motorcycle northbound on Dougall Avenue.

The motorcyclist was transported to hospital with non-life-threatening injuries.

Officers spoke with witnesses at the scene and classified the investigation as a hit-and-run matter, as information was received that a suspect vehicle had collided with the motorcycle, and then fled the area.

Investigators believe the suspect vehicle had been travelling southbound on Dougall Avenue, then attempted to make a U-turn, when it collided with the southbound motorcycle.

Investigators are looking to identify the involved driver.

The Windsor Police Service would also like to remind drivers to be fully aware of their surroundings when operating a vehicle.