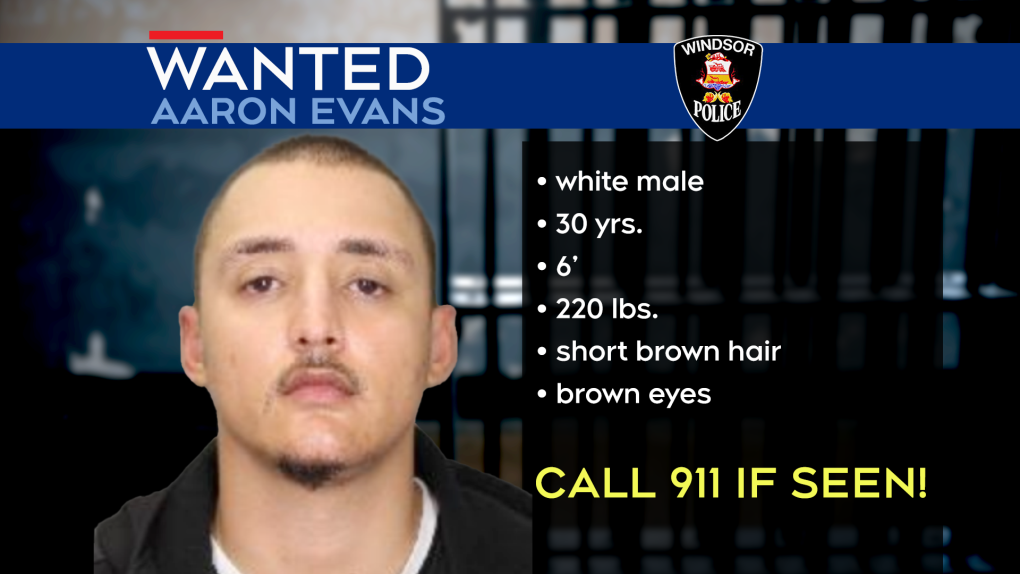 Windsor police are searching for a suspect wanted for allegedly choking a victim and brandishing a firearm during an argument Wednesday night.

Around 10 p.m., patrol officers responded to an assault report in the 400 block of Watkins Street. Investigation determined the suspect and victim, who are known to each other, were involved in an argument.

Police say the suspect assaulted and choked the victim during the argument and brandished a firearm before fleeing the area driving a black, newer model Toyota Corolla.

The victim sustained non-life-threatening injuries from the incident.

As a result of the investigation, the Windsor Police Service Major Crime Unit is seeking the public’s assistance with locating Aaron Evans, 30, who is wanted for:

Police say as the firearm has not been recovered, Evans should be considered “armed and dangerous.”

Police warn residents not to approach if seen and to call 911 immediately.