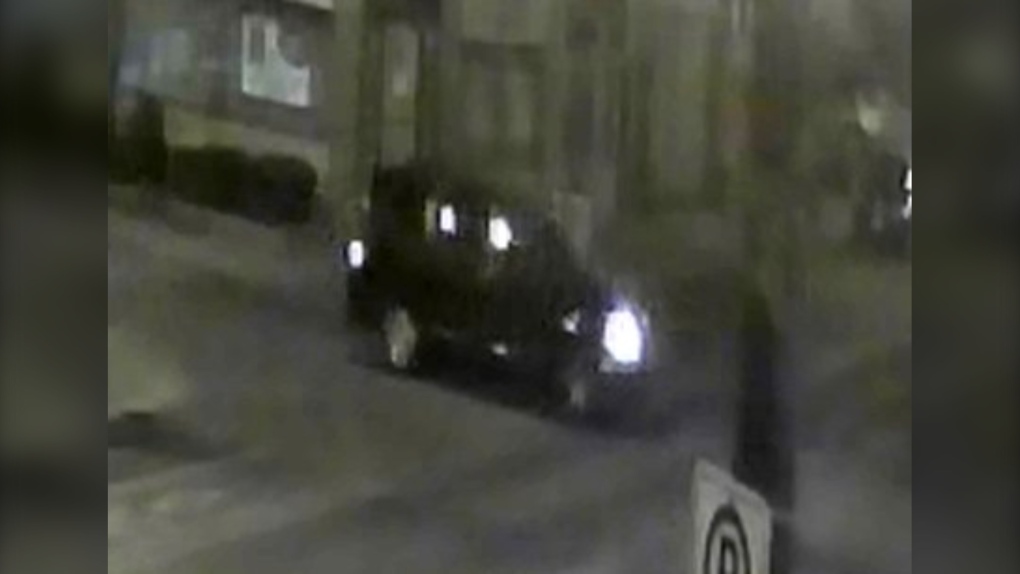 Investigators have obtained a surveillance photo of the suspect vehicle, which is believed to be a 2008-2010 Dodge Caravan, dark in colour. (Source: Windsor police)

Windsor police say a 33-year-old man has died after a hit-and run collision over the weekend.

Police have released a photo of the suspect vehicle and are urging the driver involved to turn themselves over to authorities.

On Friday around 8 p.m., officers were called to the intersection of Elsmere Avenue and Ellis Street East following a report of a collision involving a vehicle and a pedestrian.

Through investigation, the officers say they learned the victim was near the intersection when he was struck by the vehicle. Police say the victim, a 33-year-old man, has since died from his injuries.

Investigators have since obtained surveillance video of the suspect vehicle, which is believed to be a 2008-2010 Dodge Caravan, dark in colour, with heavy front-end damage and a missing car emblem. The front driver and passenger windows are not tinted.

“We urge auto body shops and mechanics to contact us if they are asked to repair a minivan with similar descriptors,” say police in a news release.

Police would like to speak with a witness who was in the area at the time of the collision. The witness, who was driving a blue SUV-type vehicle, travelled north on Elsmere Ave. and stopped for several minutes near the location of the incident.

Windsor police previously released the wrong vehicle photo related to this case. Police have since sent out the correct image, which is now attached to this story.