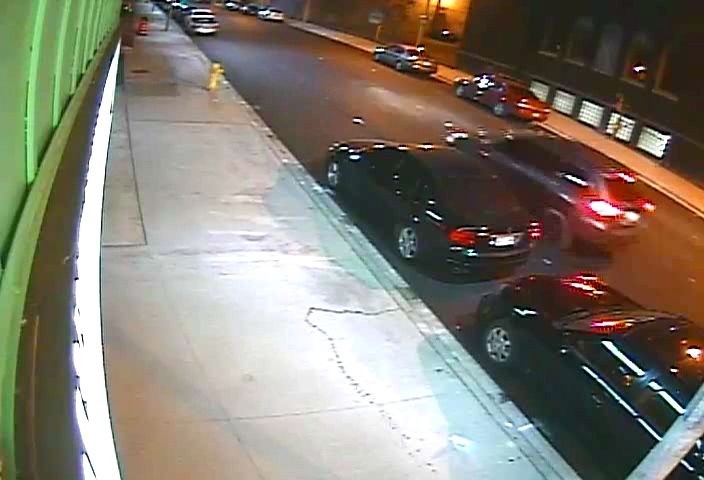 Windsor police released the photo from a surveillance camera on Tuesday, Oct. 28, 2014 of a vehicle they believe was involved in a hit-and-run in Windsor, Ont. (Windsor Police Service)

Windsor police have released a surveillance photo of a vehicle they believe was involved in a hit-and-run that sent a cyclist to hospital.

On Tuesday, investigators released an image of a dark coloured SUV with dark rims. Police says the photo was taken off a surveillance camera on Pelissier Street.

Police believe the vehicle may have sustained damage to the front right side.

According to investigators, a male cyclist was struck in the 700 block of Pelissier Street on Sunday around 12:40 a.m. Police say the vehicle left the area immediately north on Pelissier towards Wyandotte Street.

The 31-year-old victim remains in the Intensive Care Unit in hospital with a fractured skull.

Additional video is being reviewed by investigators.

Anyone with information is asked to call police or Crime Stoppers.