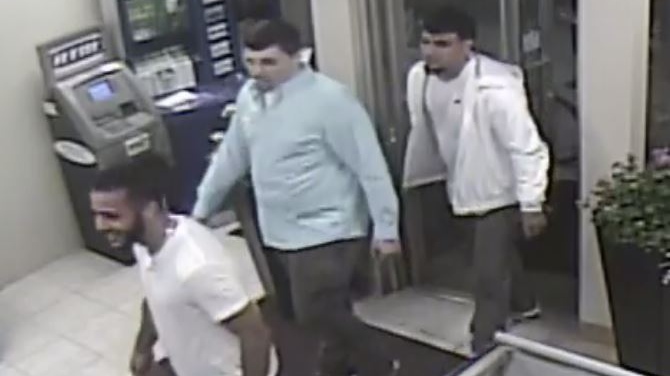 Police say a group of men assaulted two other men outside a Pizza Pizza restaurant in the 200 block of Ouellette Avenue on Saturday at about 2:50 a.m.

The two men were forced back into the front window, causing it to shatter, and both fell into the restaurant.

One of the men sustained serious injuries and was transported to hospital for treatment while the other suffered minor injuries.  The suspects were last seen running westbound on University Avenue West.

Through investigation officers were able to identify one of the suspects.

Police attended the suspect's residence and placed him under arrest without incident on Sunday around 1 p.m.

Investigators from the Major Crime Branch are working to determine the other three suspects involved in the assault.

The first suspect is described as a man with olive skin, longer hair pulled up into a bun on top, wearing a white dress shirt and dark pants.

The second suspect is described as a man with olive skin, wearing a white sweater, short dark hair, and dark pants.

The third suspect is a man with olive skin, wearing a blue dress shirt and lighter coloured pants.

Aymane Sabbah, 22, from Windsor, is charged with assault and aggravated assault.