Police release name of woman who died after Wallaceburg crash 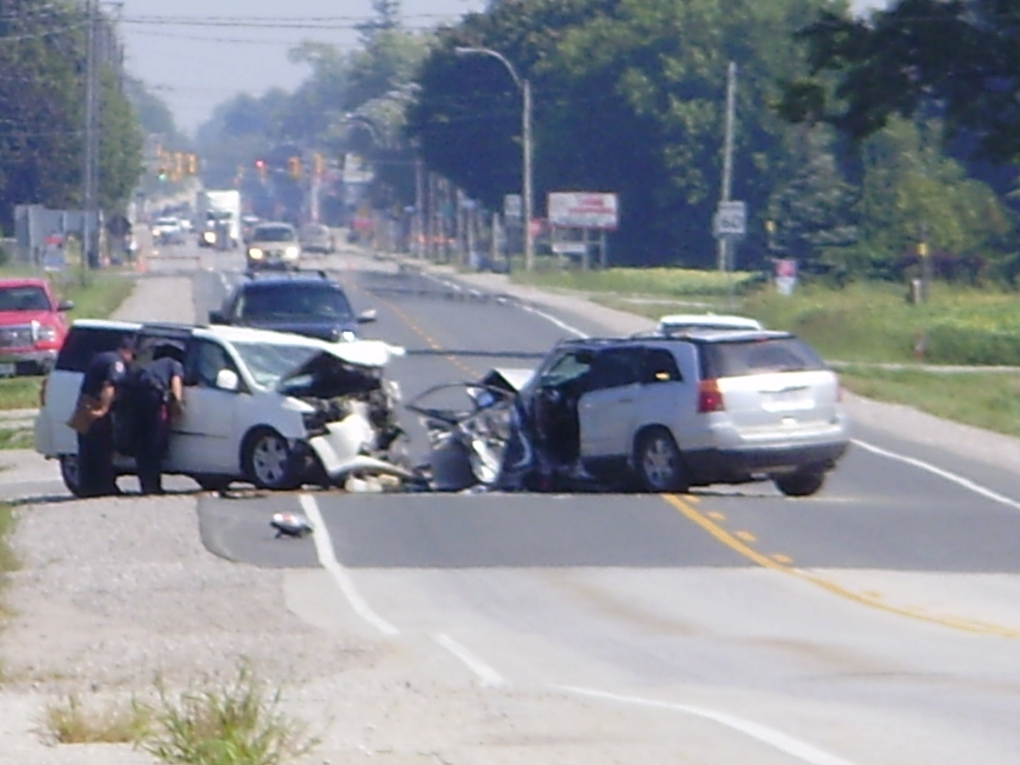 Chatham-Kent police are investigating a serious crash on Dufferin Avenue in Wallaceburg, Ont., on Tuesday, Sept. 10. (Submitted by Jim Polyak)

Chatham-Kent police have released the name of a 23-year-old woman who died after a head-on crash near Wallaceburg.

N’Dawnis Shipman, of the Wallaceburg area, died as a result of the injuries sustained during the collision.

Emergency crews responded to a two-vehicle collision on Dufferin Avenue between Running Creek and Walnut Drive just before noon on Sept. 10.

Anyone with information is asked to contact Const. Mike Pearce of the Traffic Management Unit at (519) 355-1092.