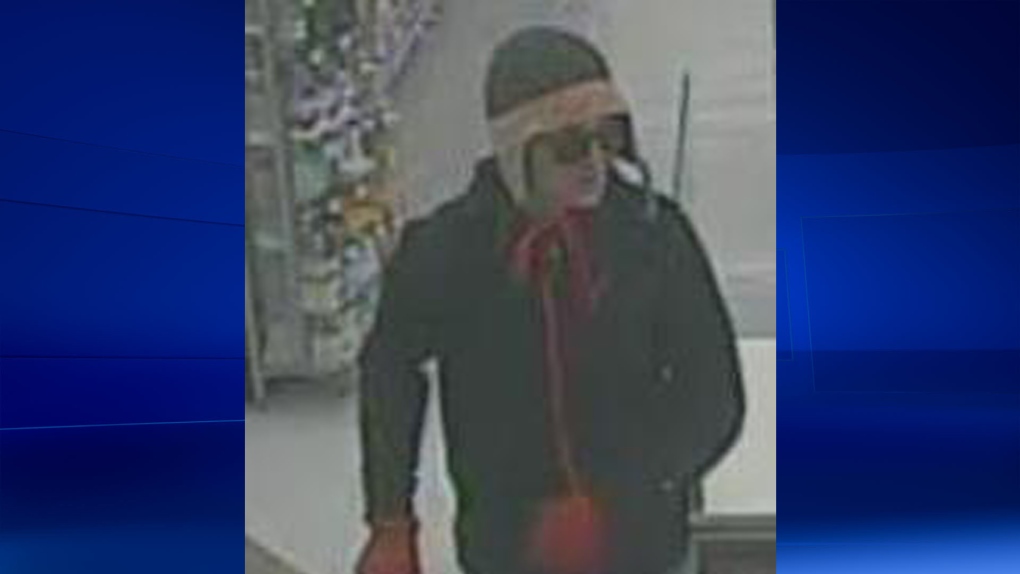 Windsor police have released a photo of a suspect after a robbery at the Shoppers Drug Mart at 7770 Tecumseh Rd E. (Windsor police)

Windsor police say they need help identifying a male suspect after an armed robbery at a Shoppers Drug Mart on Tecumseh Road.

Police were called to the drug store at 7770 Tecumseh Road East on Sunday at about 9 p.m.

Officers attended and spoke to an employee at the store.

Police say a male suspect entered the store and approached the pharmacist.  He was allegedly holding a small silver gun and demanded narcotics.

The male quickly left the store with a small quantity of prescription medication, say police.

The suspect is described as a white man, 5'6”, in his 20's, with a thin build. He was wearing a green hooded sweater with a red zipper, blue jeans, grey and tan knitted hat with flaps and red gloves.