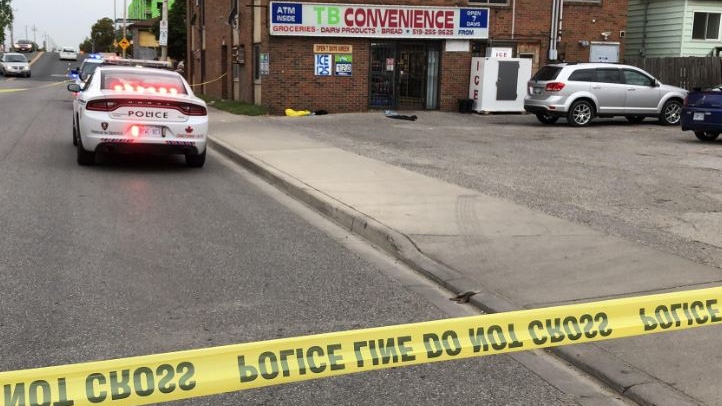 The scene of a possible stabbing on Wyandotte St. W. near Caron Avenue in downtown Windsor on Sunday September 1, 2019 (Photo by AM800's Gord Bacon)

Police are investigating an alleged assault in downtown Windsor.

According to the Windsor Police Service, officers arrived to find a man, who is refusing to identify his attacker or attackers, suffering from, "possible stab wounds."

Police say the status of the man's injuries is unknown at this time, but confirm he's been taken to hospital for treatment.

Wyandotte between Caron and Janette Ave. was closed to traffic while Major Crimes investigated.

Anyone with information is asked to call Windsor police or Crime Stoppers.